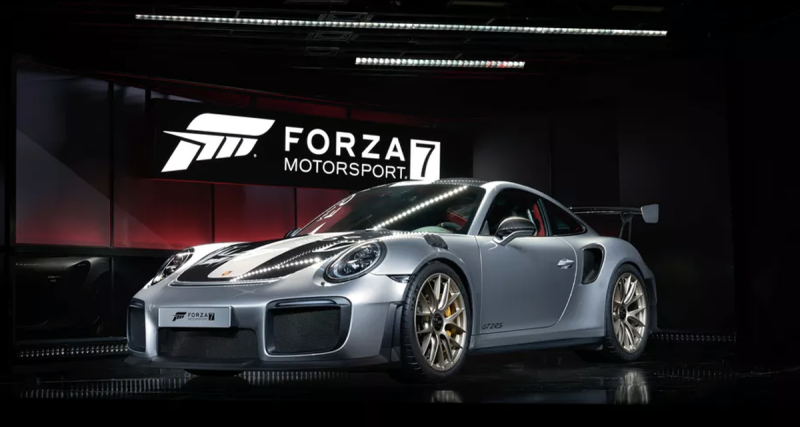 Forza Motorsport 7 is the next entry in Microsoft’s long-running racing franchise, developer Turn 10 Studios announced today at its E3 2017 press briefing. The game will be released Oct. 3 on Xbox One and Windows 10. Once the Xbox One X launches on Nov. 7, Forza 7 will run in native 4K resolution at 60 frames per second on that console.

Dan Greenawalt, head of Turn 10, came out on stage to unveil more than Forza 7 — he introduced a world premiere of a car: the 2018 Porsche 911 GT2RS. Earlier this year, Microsoft announced a six-year partnership with Porsche to bring the German automaker into Forza.

Like last year’s Forza game, Forza Horizon 3 from Playground Games, Forza 7 will likely be an Xbox Play Anywhere title, supporting cross-buy and cross-save across the Xbox One and Windows 10. For more on Forza 7, check out the debut trailer above.