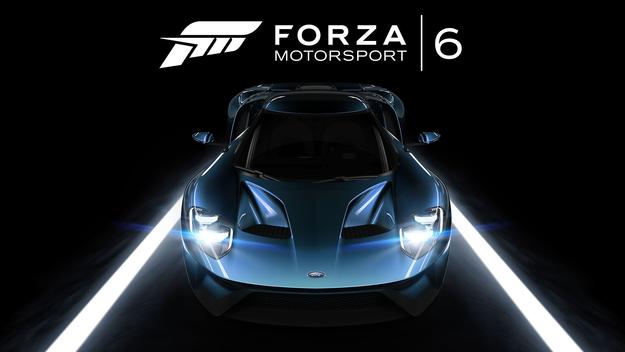 Last night at the North American International Auto Show in Detroit, Microsoft and Ford teamed up to officially announce Forza Motorsport 6 alongside Ford's reveal of their new Ford GT. The game will be a Xbox exclusive, as all games in the franchise.

Forza Motorsport 5 was a launch title for the Xbox One, and received mixed reviews from players, as many felt more could have been done to give players more variations in tracks and music, among other things. With this new installment, their 3rd for the Xbox One, developer Turn 10 has a chance to really take advantage of everything they have learned about the new generation console and what it has to offer. This time, they should have the experience needed to make even more varied content for petrol heads world wide.

The Forza franchise is now celebrating its 10 year anniversary. With Forza Motorsport 6 as the game to symbolize this, there is no doubt that the devvelopers will be going bigger than ever. Having a huge company as Ford on their team, puts them off to a good start; the last-generation Ford Raptor has the highest download count of any Forza DLC this far. The new game will display the newly revealed Ford GT on its cover, just like Forza Horizon 2 had the Lamborghini Huracán and Forza Motorsport 5 featured the McLaren P1 hypercar. The F-150 Raptor and Shelby GT350 Mustang which also was revealed at the show, will be available in the game as well.

Things have changed in the last few years, car companies are now starting to see the impact games have on the public. For many potential customers, games like Forza will be the first place they are introduced to certain cars, and with the level of realism and detail, these games now act like a huge testing ground for their customer base. Having a foot inside one of the most popular titles out there, could be beneficial to a company in many ways, depending on how they take advantage of it. Displaying their car on the cover of a game like Forza Motorsport 6 can hardly be seen as bad for business. As Turn 10 states on their official site: "As First in Forza vehicles, Forza fans will have the opportunity to drive these cars when they debut in Forza 6."

Apart from the Xbox exclusivity and a scheduled gameplay reveal at E3 in June, not a lot of details on the game itself has slipped. Knowing Turn 10 and their past releases, there wouldn't be much of a surprise to see this title in stores before the end of 2015.

Are you looking forward to a new Forza Motorsports game? What kind of improvements do you hope to see in this one?

Thanks to Vino and Holy Jesus for sharing this news with us.