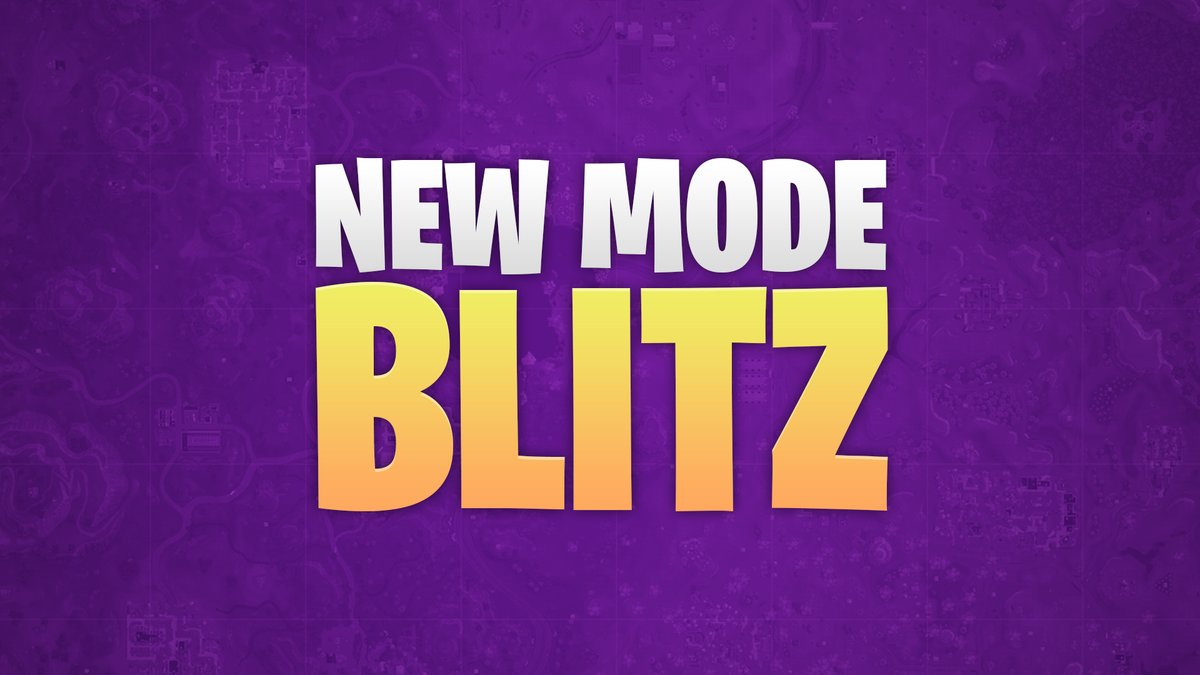 Fortnite developer Epic kicked off the latest limited-time mode for Battle Royale, Blitz, earlier this week. Along with shorter match times, Blitz mode features significantly increased resources and loot spawns to quicken the pace of matches, although those will be seeing some changes soon.

On the Fortnite: Battle Royale subreddit, Epic announced it will adjust the abundance of building resources in Blitz mode with a hotfix update today, March 20. According to the developer, the current rate at which players can acquire resources in the limited-time mode has been "too abundant," and so the rate will be decreased in order to preserve a risk/reward element when players farm for them.

"Having tons of resources is a blast, and our goal with the mode was to make it easier to gain resources due to the storm moving in so much faster," Epic wrote. "We believe that our initial resource numbers were a bit too abundant, and are making this adjustment to ensure there is still some risk/reward when farming in Blitz."

Specifically, Epic is reducing floor loot resources from 100 to 60. Likewise, the farming resources increase will be reduced from 200% to 150%. Epic says it will continue to "monitor" how these changes affect Blitz mode, so further adjustments may be on the way. You can read more about the building material adjustments on Reddit.

Epic hasn't announced an exact end date for Blitz, but limited-time modes in Battle Royale typically run for about a week. Blitz began following the release of Fortnite's 3.3 patch last week, which introduced Supply Llamas and a new weapon to Battle Royale: remote explosives. However, the update also removed Smoke Grenades from the game. Shortly after the patch, Epic "temporarily disabled" another weapon, the Boogie Bomb, due to a bug, but that will return to the game once the issue has been resolved.