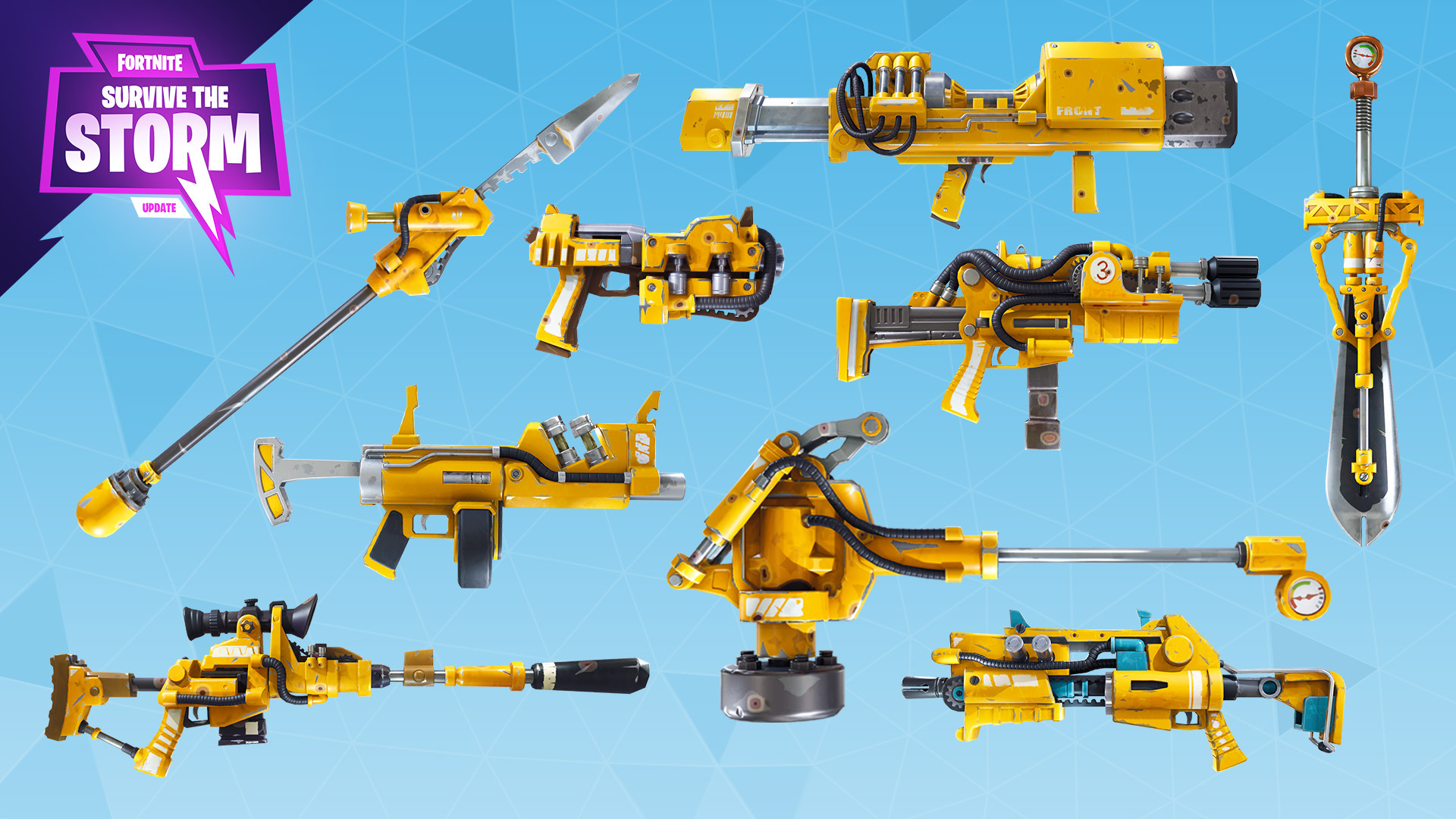 Fortnite continues to evolve, and developer Epic Games has now released a new update for the game to iterate on it once more. The v3.5 content update--officially dubbed v3.5.2--reintroduces the limited time 50v50 mode and adds a new weapon, with plenty of bug fixes and balance tweaks also included in the patch.

Epic says 50v50 version 2 is "new and improved." Each team jumps out of their own bus and has 10 minutes to loot the map at the start of a round, during which time the storm closes in on an already-visible circle. You'll then have five minutes to fight, before another five minutes with the storm shrinking to the end. Supply drops come in batches of between three and six, fall every two minutes, and the only land inside the final storm circle.

Battle Royale's new weapon, meanwhile, is the Light Machine Gun. Its Rare variety deals 25 damage, while the Epic version deals 26, and they can be found in Floor Loot, Treasure Chests, and Vending Machines.

Elsewhere in the new update, recent changes to peeking have been rolled back after some players found they were accidentally shooting their own buildings. Finally, there are some big bonuses to be gained over the coming days. From now until Sunday, April 22, players will receive double experience points in Battle Royale and an Into the Storm Llama each day you log in to Save the World.

It's not clear, however, whether the 3.5.2 update includes the recently-announced changes to weapons' equip times. Epic previously stated the tweaks would come in this week's update, but there is no mention of them in the latest patch notes. The guided missile is gone now, after concerns over its balance and fairness. Take a look at the full patch notes below, via Epic.