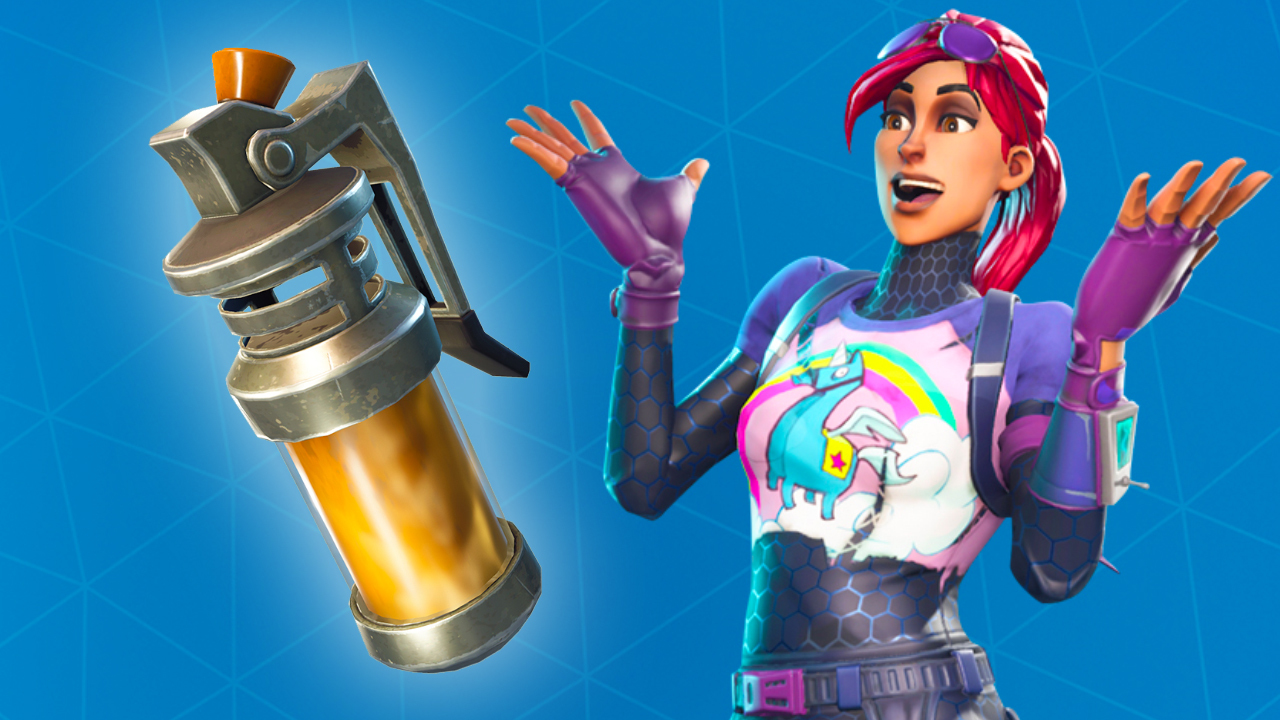 Fortnite's regular updates continue to change the game, and the latest update, v4.4, adds the Stink Bomb item and more to Battle Royale. Server downtime has ended, meaning the patch is now available on PS4, Xbox One, PC, Nintendo Switch, and mobile.

The Stink Bomb is a new throwable weapon; it "creates a stinky cloud that deals five damage every half-second within the cloud." It lasts for nine seconds in total and can be found in Epic rarity only in chests, Vending Machines, and in floor loot.

In addition, a new limited time mode has been added. Named Final Fight: Teams of 20, the mode sees five teams of 20 players each go to battle in a Final Fight variant of Battle Royale. This means the storm circle ceases closing in after its third shift. At this point, a countdown will begin, and the team with the most players remaining at the end of the timer will win.

For more from update 4.4, check out the full patch notes at the bottom of this article, via Epic Games. The patch will not fix a recent issue which meant a symbol resembling a swastika could inadvertently be seen in-game--that fix is coming next week. Update 4.4 is the game's first since the launch of Battle Royale on Nintendo Switch. That came shortly after it was confirmed during Nintendo's E3 press conference broadcast, though it had been leaked and rumored for quite some time.

Battle Royale
General
Limited Time Mode - Final Fight: Teams Of 20
Summary:
Survive the countdown! The Storm Circles give players more room to hunt down opponents. The final circle triggers a countdown timer; when the time is up, the team with the most players remaining wins. In this LTM, teams can tie for the Victory Royale!
Mode Details
Weapons And Items
Bug Fixes
Gameplay
Bug Fixes
Performance
Audio
Bug Fixes
UI
Bug Fixes
Save The World