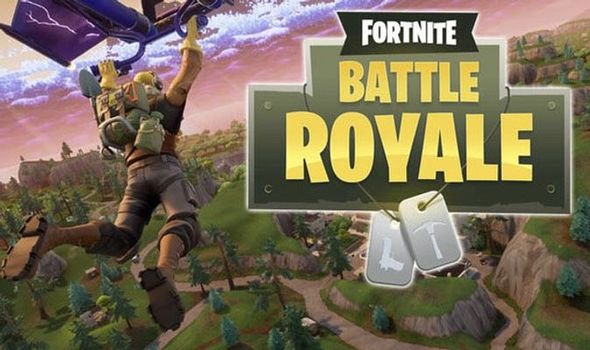 Fortnite has evolved once again today with the release of its latest update, version 3.6. The official patch notes reveal a new item, the Clinger, and much more available now on PS4, Xbox One, PC, and mobile.

The Clinger is a new type of grenade available now that sticks to your environment or enemies and explodes a short time later. It's an uncommon item discoverable in Floor Loot, Supply Drops, Supply Llamas, and Treasure Chests, and it's available in both Battle Royale and Save the World.

Save the World also gains a new weapon called the Noble Launcher, which you can charge up to inflict more damage on enemies. Note this weapon isn't available immediately--it's coming to Fortnite at 5 PM PT / 8 PM ET on April 25 (1 AM BST / 10 AM AET on April 26).

A few other changes have been made to Fortnite with the latest update. Short fences will no longer block you from building structures, for example, while Supply drops now spawn twice as high and fall twice as fast. In terms of weapon tweaks, the minigun has seen its accuracy and damage increase and its recoil decrease; Remote Explosives, meanwhile, are now 40% less likely to appear in Treasure Chests. Read more in the full patch notes, via Epic, at the bottom of this article.

Fortnite's Week 9 challenges are available now, tasking you with some simple things--like dealing a certain amount of damage to opponents' structures--and some more complicated objectives such as visiting three Taco Shops. The game's week 10 challenges, meanwhile, have been leaked ahead of their full release, and they include tasks such as searching chests in Fatal Fields and racking up 250 headshots.

Weekly challenges, despite the name, are typically available for more than a week, although Week 10 is the final week of Season 3. Anyone who purchases the Battle Pass has the entirety of Season 3 to complete them. You can see all the Fortnite skins and rewards up for grabs with this Battle Pass to get an idea of what awaits if you dive in.

Whether or not you've purchased the Season 3 Battle Pass, you can log in to claim some free Battle Stars to help you earn some rewards: Epic Games recently granted some freebies to all players to make up for server issues. Meanwhile, it's removed the Guided Missile, which proved to be a contentious addition.