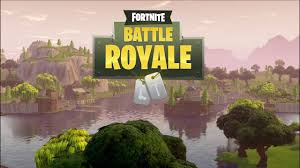 Fortnite is evolving yet again. The game's v3.4 update, which is coming in the next few hours on PS4, Xbox One, PC, and mobile adds a new weapon--the Guided Missile--and brings back an old mode to Battle Royale, while Save the World gets a new quest line and more.

The Guided Missile was previously teased via the in-game updates screen, and it apparently brings "remote control destruction from above." We do know it comes in two rarities--Epic and Legendary--with those levels doing 105 and 110 damage to players respectively. The rocket also does 1000 damage to the environment and carries 100 health.

Fans of the limited-time Sniper Shootout will be happy with this latest update, as the mode is back with a couple of tweaks. The Hunting Rifle and Crossbow have been added, while the Magnum Revolver has been removed.

Interestingly, Fortnite's 30 FPS option has been removed. Epic states: "In v3.4 we made some significant GPU optimizations which improved visual quality, including resolution in 60 FPS mode, and we now feel there is very little reason to play at 30 FPS." Elsewhere, the update includes improvements to crossplay, multiple bug fixes, and a new quest line for Save the World called The Three Husketeers. Take a look at the full patch notes, via Epic, at the bottom of this article.

While players' arsenals will expand further with the Guided Missile's release, one thing that we still haven't gotten yet is the Jetpack. This was intended to have launched weeks ago, only for Epic to delay it at the last minute. We unfortunately still haven't gotten an update on where development on it stands, though this hasn't stopped Epic from releasing more new weapons, cosmetics, and limited-time modes like the just-concluded Blitz.