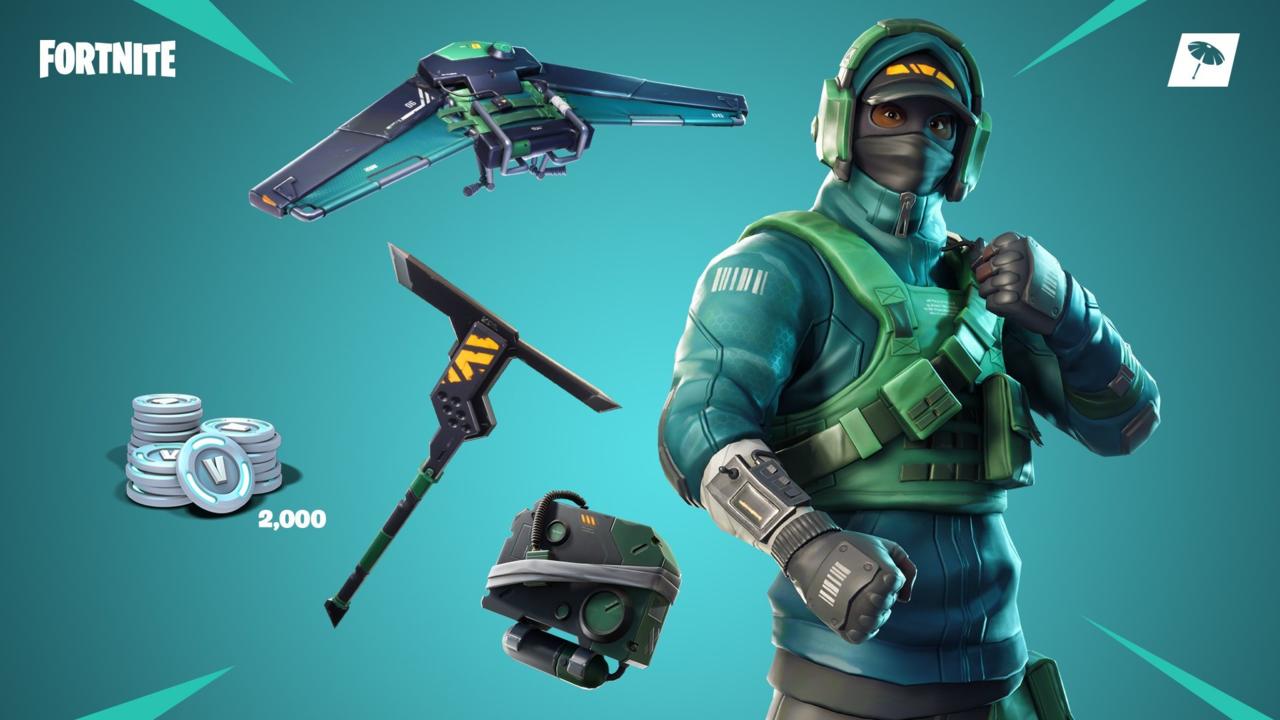 Fortnite isn't just the biggest battle royale game in the world; it's one the biggest games in the world, period. And although it's technically free to play, a lot of people spend a lot of money on fashionable in-game outfits and accessories. For a limited time, if you buy select GeForce graphics cards, you'll get free items in Fortnite.

The deal is available on the GeForce GTX 1070 Ti, 1070, and 1060 graphics cards, which GeForce advertises as "up to 3X the performance of previous generations." Buy one of those from the GeForce Fortnite bundle page, and you'll receive 2,000 V-Bucks as well as the male Fortnite Counterattack Set.

Here's what comes in the Counterattack Set:
As for the V-Bucks, you can spend them on things like new outfits, emotes, and gliders, or use some of them to pick up the Battle Pass for Season 7, which should begin shortly after Season 6 ends on December 6.

For now, Epic is being tight-lipped about what's in store for Season 7 of Fortnite. As is typical for the game, though, players have begun noticing some mysterious things happening, including indications that the temperature may be dropping and an iceberg floating toward the island. This could portend a winter theme for Season 7, though we'll have to wait a little longer to be sure.

In the meantime, if you've been on the lookout for a new graphics card, you might consider one of the following GeForce Fortnite bundles.

blanca12 said:
The deal is available on the GeForce GTX 1070 Ti, 1070, and 1060 graphics cards, which GeForce advertises as "up to 3X the performance of previous generations.