Fortnite Season 5: Everything We Know So Far 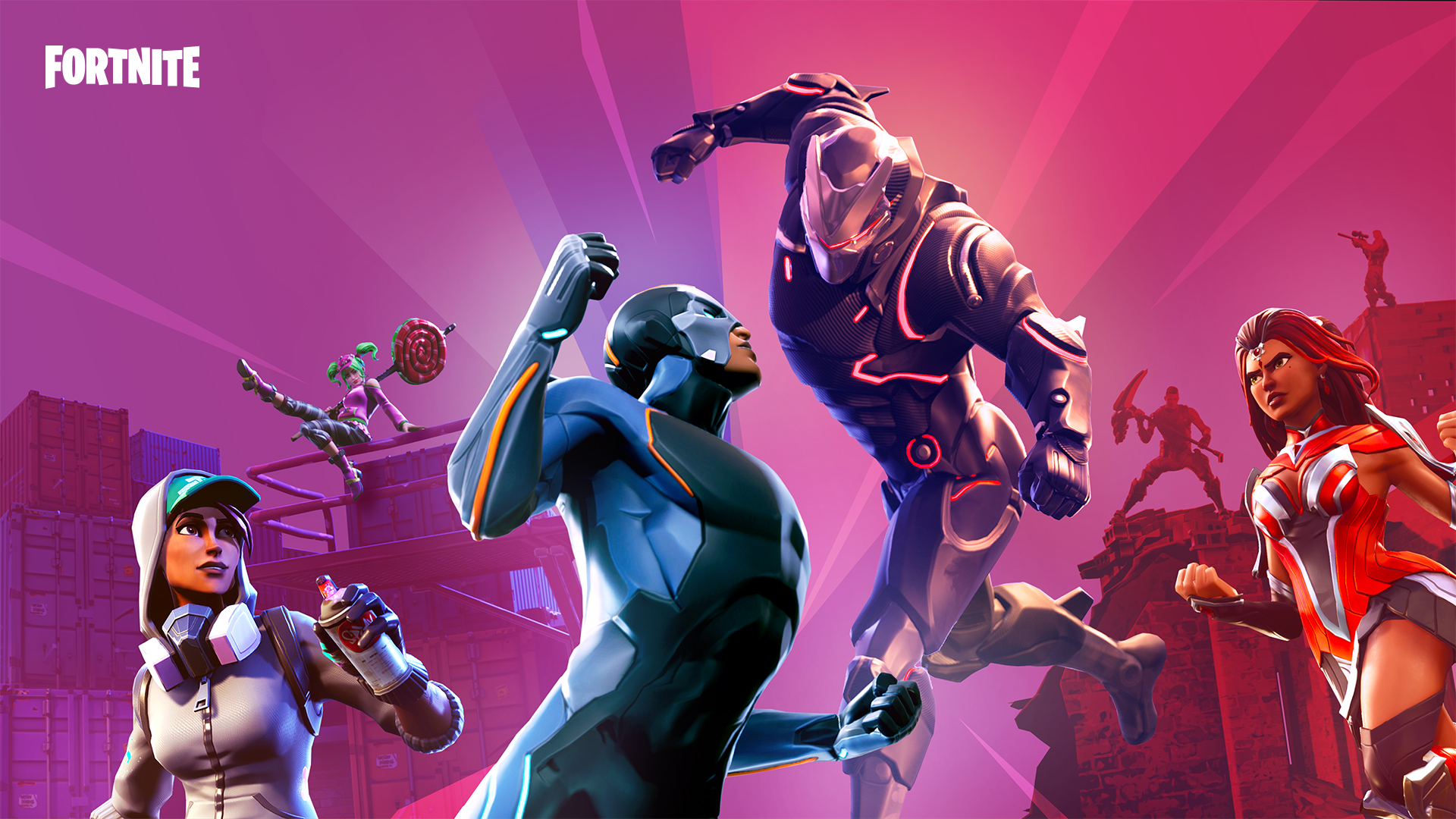 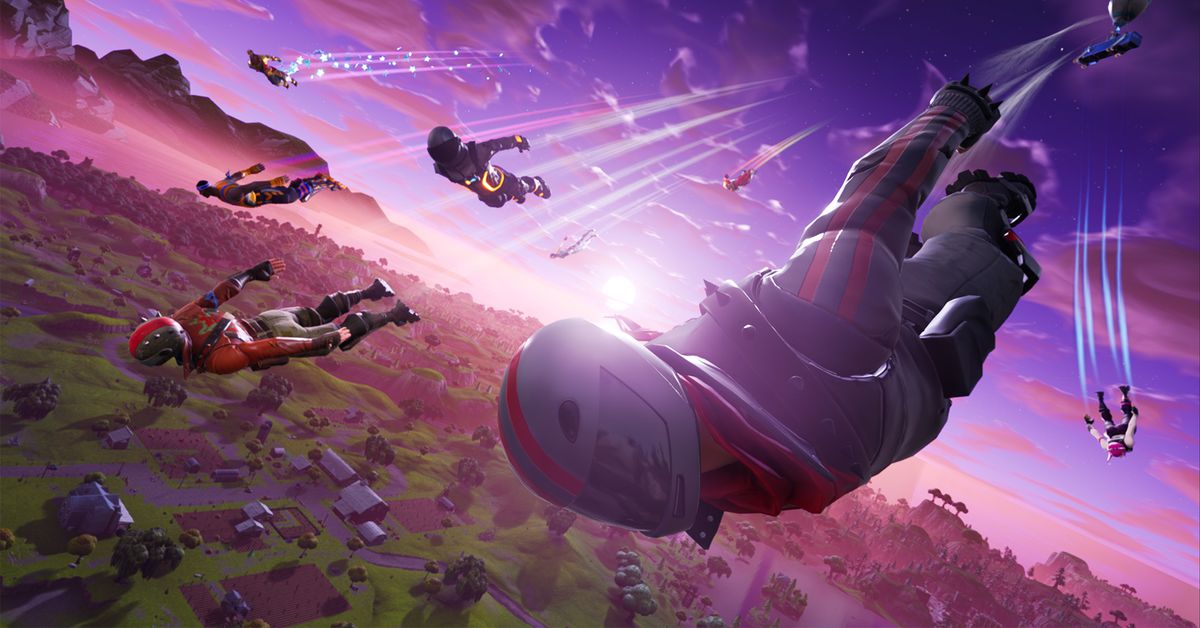 Season 4 of Fortnite: Battle Royale is winding to a close, but Season 5 is just around the corner. The phenomenally popular battle royale game kicks off its new season very soon, and developer Epic Games has been teasing that some big changes are in store for the title--although the studio has shared very few concrete details about those will be, leaving players to speculate what the future.

Still, while there are still many questions surrounding Season 5 of Fortnite: Battle Royale, there are a few things we can expect, such as a new Battle Pass and rewards to unlock--not to mention some potential map changes in the aftermath of the recent rocket launch. With Season 5 quickly approaching, we've rounded up everything we know about the new season below, from when it starts to why rifts have begun forming around the island and more. Be sure to check back for further updates as more details and leaks emerge in the run-up to the new season.

When Does Season 5 Start?


In only a few days. Epic confirmed on Reddit that Season 5 of Fortnite: Battle Royale will kick off on Thursday, July 12--immediately after Season 4 concludes. The new season will be preceded by a round of server maintenance, with the game's 5.0 update scheduled to roll out on all platforms (PS4, Xbox One, PC, Nintendo Switch, and iOS) at 1 AM PT / 4 AM ET / 9 AM BST / 6 PM AET.

Will There Be a New Battle Pass?


Yes. As before, Epic will offer a Battle Pass for Season 5 of Fortnite: Battle Royale. While the developer has yet to reveal any details about the new Battle Pass, including how much it will cost, each previous Battle Pass could be purchased for 950 V-Bucks (Fortnite's in-game currency). V-Bucks, in turn, can be bought with either real money or earned by reaching certain reward tiers of the Battle Pass (or through playing Fortnite's paid Save the World mode).

The Battle Pass gives players access to additional content, such as new skins, emotes, and other rewards. These can be unlocked by completing weekly challenges and levelling the Battle Pass up. Epic hasn't revealed how many reward tiers will be available with the Season 5 Battle Pass, although Season 4's featured 100 tiers--30 more than the previous Battle Pass. If Epic's previous estimations still hold true, it should take between 75-100 hours of play time to unlock all of the Battle Pass's rewards. Players can also purchase tiers to level the Battle Pass up faster.


Epic has been characteristically silent about what new elements it plans to introduce to Fortnite: Battle Royale in Season 5, although the developer has been laying the groundwork for some major changes for the game in the run-up to the new season. The most notable sign that something big is afoot is the recent rocket launch; after various warning signals began popping up in the game, the mysterious rocket in the Evil Lair finally took off on June 30, causing a giant rift to appear in the sky over the island.

Since the launch, the nature of the rift has remained a mystery, and more have begun cropping up in various areas around the map. In the days that followed the event, additional rifts have appeared at Lonely Lodge, Retail Row, Tomato Town, and other locations. Moreover, the rifts seem to be growing in size and consuming nearby objects; the rift at Lonely Lodge, for instance, was barely visible when it first materialized, but it has since expanded and even swallowed up the sign outside the building.

Just what these strange rifts mean for the future of Fortnite remain to be seen, but as was the case in the lead up to Season 4, they presumably herald some sort of big, impending change for the landscape. Prior to the start of Season 4, a comet suddenly appeared in the sky over the island. The comet remained in the air for several weeks until it eventually crashed into Dusty Depot at the start of Season 4, transforming it into Dusty Divot and introducing some brand-new elements to the map, such as gravity-defying Hop Rocks.

What New Season 5 Skins And Cosmetics Have Leaked?


Each season of Fortnite: Battle Royale brings an assortment of new items to unlock, and we can expect Epic to continue that trend by introducing a slew of new skins, emotes, and other cosmetic rewards to earn through the aforementioned Season 5 Battle Pass. The developer has yet to formally reveal any of the new items coming next season, although we've gotten a glimpse at some new contrails on the way to the game. The Fortnite: Battle Royale Leaks Twitter account has discovered several new trails in the game's code, including ones called Stars & Stripes, Glitchin', and Ice. These will presumably be available through the Season 5 Battle Pass.

What's Going On With Playground Mode?


Like other limited-time modes in Fortnite, the sandbox-style Playground mode won't be available to play in Battle Royale for long. After finally arriving in the game recently following a series of delays, Epic has confirmed the mode is scheduled to leave the rotation on the same day that Season 5 begins: July 12. However, the developer says that it will use the feedback it gathered from players to further refine Playground mode and bring it back to the game in the future, although it hasn't revealed when that will be.

How Long Do I Have to Finish Season 4 Challenges?


Not much longer now. All of Season 4's weekly challenges will be available until the start of the new season on July 12, giving you only a few more days to level your Season 4 Battle Pass up and unlock any remaining rewards you've yet to earn.

Epic rolled out 10 weeks' worth of challenges throughout Season 4, the final set of which arrived on July 5. Each batch of challenges consists of seven different tasks for players to complete while playing Fortnite: Battle Royale, which can run the gamut from eliminating other players to opening a certain number of chests or following a series of cryptic clues to a specific location. Completing all of the challenges in a given week unlocks a corresponding Blockbuster challenge while reaching certain level milestones unlocks a Carbide challenge and reward. You can see how to complete the latest set of tasks in our Week 10 challenges guide.

​
Despite the fact they're rolled out weekly, you have until the end of the season to complete any of the challenges. Doing so will level your Battle Pass and unlock rewards. There is a huge assortment to earn in Season 4, including sprays, loading screens, gliders, and the coveted Omega skin; you can see them all in our gallery of Season 4 Battle Pass rewards. If you need help clearing any remaining challenges, be sure to consult GameSpot's complete Season 4 challenges guide.

What About Save the World Mode?


Like Battle Royale, Fortnite's Save the World mode is also set to receive some significant new content following the game's 5.0 update. Shortly after the update rolls out, Epic will kick off the first act of the Canny Valley campaign, which will take players "through the arid parts of the Fortnite world, with many new and unique places to explore."

According to Epic, the Canny Valley campaign will resolve many lingering questions about Dr Vinderman and other characters. The developer says it will also re-introduce the Challenge the Horde mode with the 5.0 update, and this time it will feature reworked combat, mini-bosses, and new rewards. Save the World remains in paid early access, although it will eventually be playable for free to everyone, as with Battle Royale.