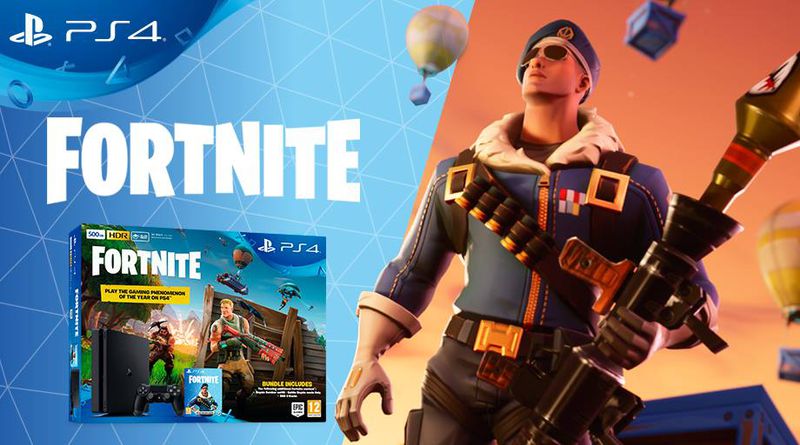 There’s a Fortnite-themed PlayStation 4 bundle heading to retail July 16, according to Sony PlayStation’s Italian Facebook page. Epic Games is yet to confirm a North American release, but the European bundle packs in several items alongside the game, including an exclusive skin.

Sony hasn’t noted the price of the bundle, which comes with a standard, slim PlayStation 4; the full game; 500 V-Bucks, Fortnite’s in-game currency; and the new, exclusive Royale Bomber skin. This is the first time that a way to receive this skin has been revealed, and Epic says there is currently no other way to get it. That’s a huge deal for fans who have been looking forward to the release of this costume since it leaked in May — because what it could mean is, unless Epic Games releases it on other consoles, they’ll either have to purchase a PlayStation 4 or miss out.

In May, dataminers at the Fortnite fansite Storm Shield shared a plethora of unreleased skins and weapons found in the game’s code, including a pickaxe shaped like a film camera and a chromatic outfit. The one that many players became attached to was the Royale Bomber skin, however, thanks to the throwback military-man style. The costume gives players some aviators, a classy beret and, of course, a bomber jacket with a nice fur hood.

The Fortnite Battle Royale subreddit has clamored for the skin since the leak, especially as other items in the leak became available in the Battle Royale item shop. But Royale Bomber remained unreleased and unseen ... until the Italian Facebook ad. And with the skin potentially locked behind a PlayStation 4 console purchase for good, this bundle could be bad news for anyone not game to buy an entire console just for one outfit.

It’s especially tough considering Sony’s aversion to cross-platform play, something that trickles down to Epic accounts themselves. Since the Nintendo Switch version’s release, PS4 players have found that their accounts are inaccessible on the Switch, or any other console.

Sure, the frustration may just be aimed at a single skin. But it’s also a painful reminder once more of the sticky situation surrounding the PS4 version of Fortnite — which seems to only get more exclusive by the day.

Update: Epic Games has confirmed to Polygon that the PS4 bundle is currently only expected to release in Europe. The Royale Bomber skin? Also exclusive.

“The only way you can get the ‘Royale Bomber’ at this time is in the bundle,” a representative said. “We don’t have anything to announce regarding console bundles being available outside of Europe.”