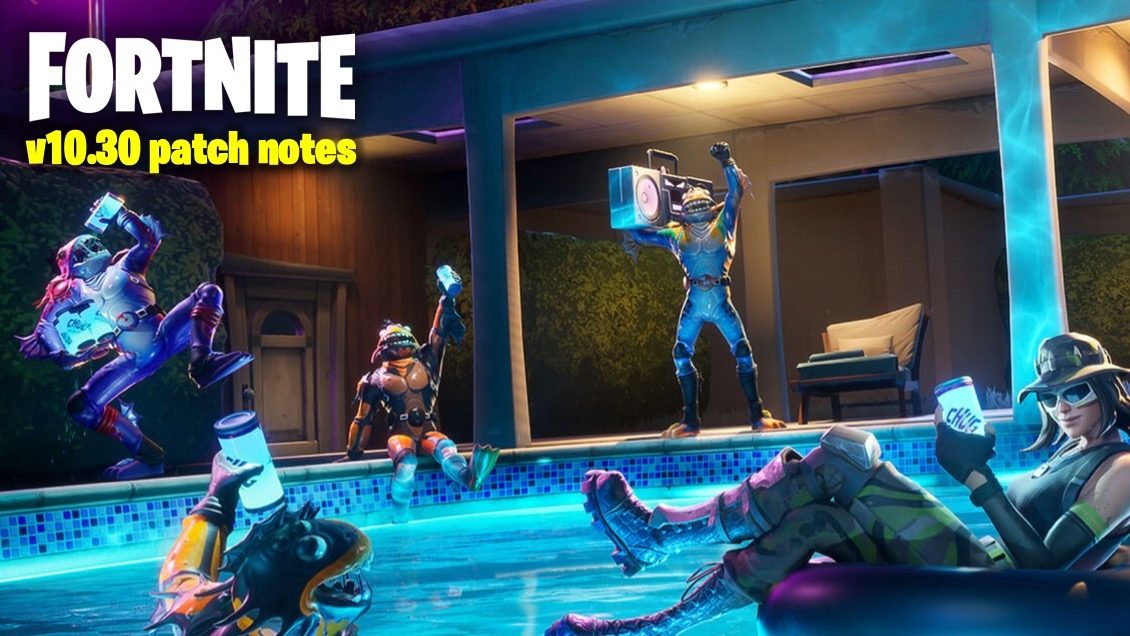 Fortnite's new update, version 10.30, is out now on PS4, Xbox One, PC, Nintendo Switch, and mobile, and it's as content-heavy as we've come to expect. A new Rift Zone has appeared, another has brought back an old location, and there are all the usual tweaks to weapon vaulting--check out all the patch notes below.

The new area is called Moisty Palms, a swampy area in which you can disguise yourself as a prop by simply crouching. Take a look at the video below to see what we mean--it looks like chaos, in a good way.


An old location also returns via a Rift Zone. Greasy Grove appears to much the same as before, but Epic has hinted at one change by saying, "The neighbourhood's favourite food is now tacos. The tacos here are so good that even their smell makes people party!" Raining tacos will cause players to dance uncontrollably, during which time you'll be impervious to damage and will recover health at 20 HP per second.

This week's new LTM is named Knock Town, a solo mode where players "use the grappler to jump around and dodge shots as you one-tap enemies in the air with the Flint-Knock Pistol."

In terms of weapon changes, the Burst SMG has been vaulted, meaning it will no longer be available in-game. However, the Tactical SMG has been unvaulted, so fans of Fortnite's sub-machine guns will have something to entertain them. For more on the new update, check out the full Battle Royale patch notes below, via Epic Games.

Separate to the new update, Epic states it is testing a new form of Item Shop voting. The system allows players to vote on what items they'd like to see a return to the store, so if you missed that cool-looking skin, you might be in luck.