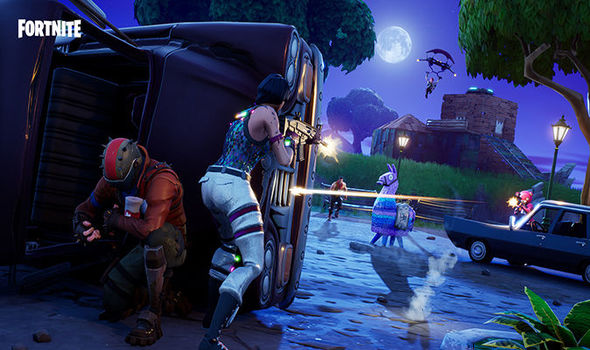 Epic Games is rolling out Fortnite update 6.31 and has detailed the tweaks, changes, and new additions in the patch notes. The headliners in the Battle Royale mode are the Team Rumble Limited Time Mode and Epic and Legendary Pump Shotguns. For the save the world, meanwhile, there's a new Constructor called Airheart, who arrives with a Rotating Omni-directional Sentry Integrated Exoskeleton (R.O.S.I.E).

Team Rumble, as you may have guessed, involves two teams of 20 players battling each other, with the first to reach 100 eliminations crowned the victor. To spice things up players will respawn five seconds after they are killed and will keep their inventory when they re-join the battle. Furthermore, eliminated players spawn a random type of ammo and a random stack of either 120 Wood, 90 Stone, or 60 Metal materials when they're taken out.

The new Epic and Legendary Shotgun, meanwhile, does 105 / 110 maximum damage and is available from floor loot, chests, Supply Drops, and Vending Machines. There have been various other changes to the way other weapons work, and their availability.

Two large teams fight for the Victory Royale in an action-packed mode where the first team to get 100 eliminations wins!

Fortnite is also having another crossover with Disney. While the last one resulted in Thanos appearing on the island, this time it's Ralph from Disney's Wreck-It Ralph movie series. He popped up recently in Fortnite as part of an unpublicised Easter egg, likely to help promote the new film Ralph Breaks The Internet.