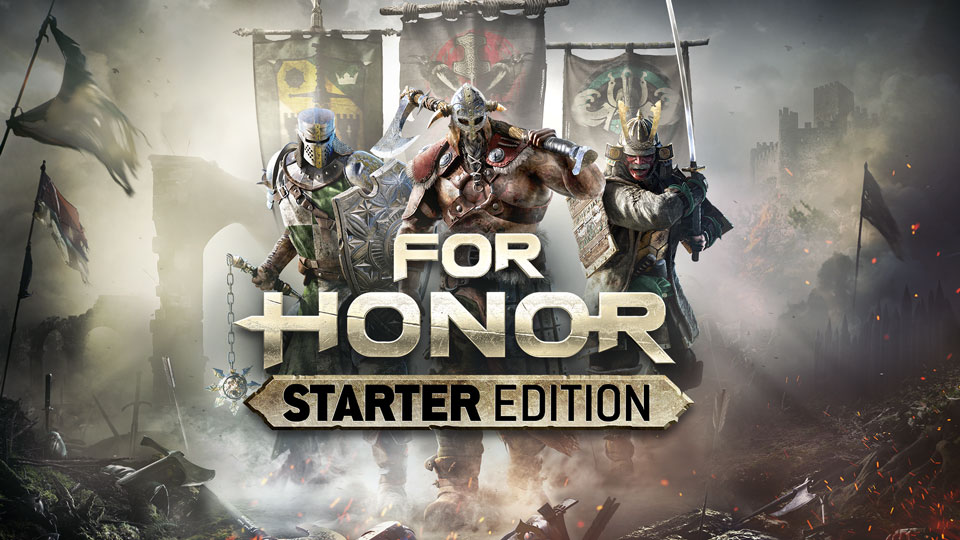 Here's a game you should probably download if you haven't already bought it. For Honor: Starter Edition is free on Steam for a limited time. This isn't one of those free play weekends where you lose access after a couple of days, either. If you download the game, you can keep and play it forever.

For Honor is quite a bit different from most other games on the market. It's an online melee brawler that pits three factions of warriors against one another: Vikings, Knights, and Samurai. All of the heroes have unique fighting styles, and the combat system is deep and intricate.

The version that's free right now on Steam is the Starter Edition, which typically sells for $15. As such, it's more limited than the pricier versions you can also purchase. The Starter Edition comes with all the core content of the game--the single-player campaign and all the multiplayer modes and maps are there. What's missing are most of the heroes.

For Honor launched with 12 hero characters. The Starter Edition comes with three heroes fully unlocked (one from each faction). You also get to choose three additional heroes to make "playable." Unlike the fully unlocked heroes, you can't customize these characters with new outfits unless you spend 8,000 Steel (the in-game currency) on each one. The six additional heroes that launched with the game cost 8,000 Steel each to fully unlock.

Since the game launched, Ubisoft has introduced six additional heroes to the game. Unlocking these characters costs 15,000 Steel each. (A new faction comprised of four more characters is coming with the Marching Fire update on October 16).

You can buy Steel for real-life money or acquire it through gameplay. Ubisoft says earning 8,000 Steel requires an in-game purchase of $8 or between 8 and 15 hours of play time. Even if you don't want to do the mental gymnastics to figure out what it would take to unlock all the characters, you can still pick up For Honor: Starter Edition for free right now to try it out. It's unclear when it'll go back to its normal price, so you're better off downloading it sooner than later.