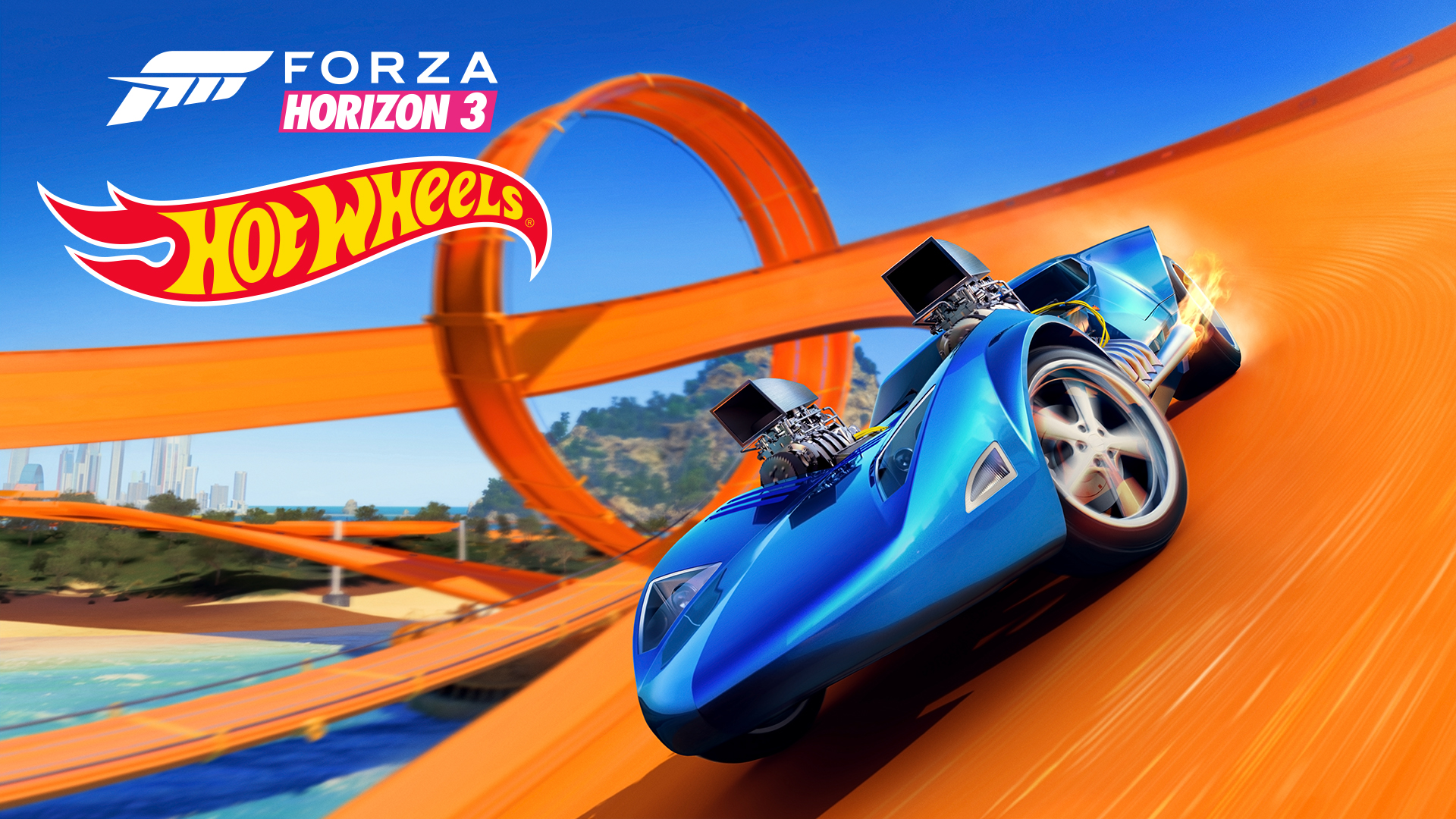 ​
As part of a livestream event today, Microsoft showed off new gameplay footage from Forza Horizon 3's upcoming Hot Wheels expansion. As announced previously, the Hot Wheels expansion adds Hot Wheels cars and tracks to the game, and it looks like a more arcade-style of gameplay. Players visit six "themed" islands off Australia's coast, each connected by Hot Wheels tracks that consist of loops, corkscrews, and more. There are also giant mechanical dinosaurs, because why wouldn't there be? You can see the footage in the archive of today's livestream, starting at around 30:20 (via Kotaku). The video also shows off the new cars and takes you inside the Hot Wheels headquarters, which is pretty cool.


​
Ten Hot Wheels vehicles are included in the DLC, such as the 2012 Rip Rod and 2011 Bone Shaker, as well as a mystery Barn Find car to discover. Here are the nine confirmed rides:


This is Horizon 3's second major expansion, following the excellent Blizzard Mountain. The open-world racing game has also received a number of additional vehicles through DLC. Hot Wheels launches for Horizon 3 on May 9 for $20. It's also included in the $35 Expansion Pass that comes with Blizzard Mountain.

Also coming on May 9 is an update for the game. Few specifics were shared, but we know those playing the PC version will receive support for "numerous popular driving wheels" in addition to improved CPU performance and new graphical options.