Fleye - A Flying Robot Tailored Towards You 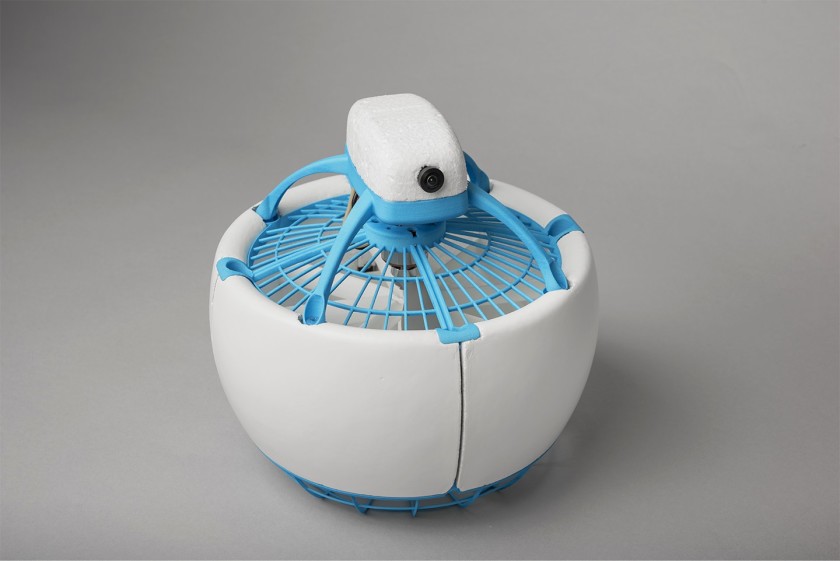 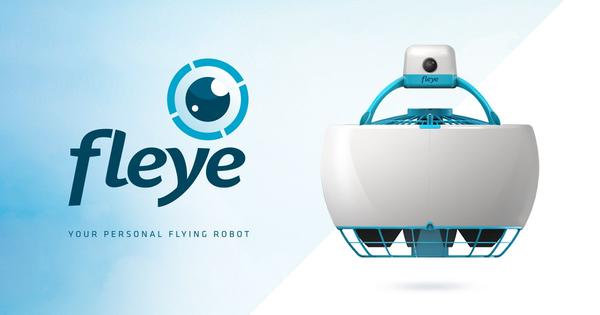 If you grew up in or around the 90's you may remember a certain TV show called The Jetsons. Now The Jetsons was set in a world seemingly centuries ahead of us, with robots for every task imaginable, flying cars and more. Even though this new product on Kickstarter isn't exactly what we had imagined to see in the future as kids, it's certainly a step in the right direction. Meet Fleye, your very own personal flying robot.

If we take a look at what industries have grown exponentially in the past year or so, the drone market may come to mind. Flying drones have taken off in these last few years, pun intended. With companies such as Amazon actually looking at drones to deliver parcels in the near future, and drones for personal use becoming more and more viable, there's just no doubt that these tiny little machines will be prowling through the air in the masses in the next few years. Fleye, however, isn't your typical drone, it's more of a robot.

Now as I said, Fleye isn't your typical drone. When the developers behind Fleye were designing it, they were working towards reinventing the drone, not creating something new. Judging by the outcome, they did well. Fleye behaves like a drone, in terms of how it flies around you, but, it's totally spherical, which is for a good reason. Fleye has been coined as the safest drone in the world. The Kickstarter page explains how all of the moving parts that make up Fleye are shielded by its body, meaning you could touch, bump and even push Fleye around while it's in operation with no risks of injuring yourself or damaging the product.

​
Fleye can also be utilized in a more traditional sense, so to speak. Using the iOS or Android app, you have the choice of 3 different camera modes, selfie, panorama and virtual tripod. The robot will fly and act differently depending on which mode was chosen and you can view the whole thing through your iPhone or Android smartphone. You could even fly it around manually like you can with most other drones, but this will require that you use the official gamepad from the people over at Fleye or your own Bluetooth controller.

In terms of what's under the hood, Fleye is comparable to most smartphones these days. It features a dual-core ARM A9 processor, two GPUs, 512mb of RAM and it is based off the Linux operating system. A special developer edition is also available that features a quad-core processor and 1GB of RAM. So what can you do with this other than take photos? Well, nearly anything, considering it supports OpenCL and onboard app development. This allows capable users to program and design their own tasks for Fleye to complete, and since this is all very accessible, it would be very odd not seeing some sort of marketplace established to download apps for Fleye. Here are the top 5 uses for Fleye, as per the Kickstarter page.

A few other basic specifications that are worth mentioning are that it has both USB and serial ports, it's WiFi compatible and it has a built-in micro SD slot. There is also a camera built into the robot capable of recording 1080p video in 30fps, which is then stored on an SD card. It has also been noted that it can support up to around 10 minutes of flight time, which seems fairly underwhelming. If you would like to see a full list of technical specs then feel free to visit the Kickstarter page here. What do you think? Do you think flying robots such as Fleye are the things of the future? Leave your thoughts below!