​
If you are looking to play an intense, thrilling game then look no further. Five Nights at Freddy's is the game you have been searching for! Freddy's Pizza Parlor is a tourist attraction by day but a nightmare at night. Freddy and his friends, whom are animatronic robots, terrorize the parlor after dark. You have been hired to try and stop this behavior, but that is easier said than done.

The concept of this game is so simple and so addictive at the same time. You are a security guard put on night watch, and you must watch the parlor from your office. Seems simple enough right? But when Freddy and his friends come to life, you must use the cameras to protect yourself at any cost by closing one of two doors before they find you. If that doesn't seem hard enough, you have limited power so if you run out you are unable to see or defend yourself by closing the doors. For most of you, you are probably pretty skeptical about the quality and intensity of this game, and trust me. I was as well. I mean, look at cameras and close two doors? By that perspective the game doesn't seem that interesting but after purchasing and playing this game, I must say this is one of the most fun games I have played in a long time. I am personally not scared easily, but this game has made me jump more and more each time I play it!


​
This game was released on June 13 and since then it has gained a huge amount of popularity. So much popularity that many well known YouTube personalities have been uploading gameplay and reviews of the game. Five Night's at Freddy's also climbed up to the 25th spot on the Steam Greenlight Top 100 list, leading over some of the most popular indie games out there!

If you still aren't convinced that you want to purchase or try this game out, check out what some of the users are saying about this awesome indie game: 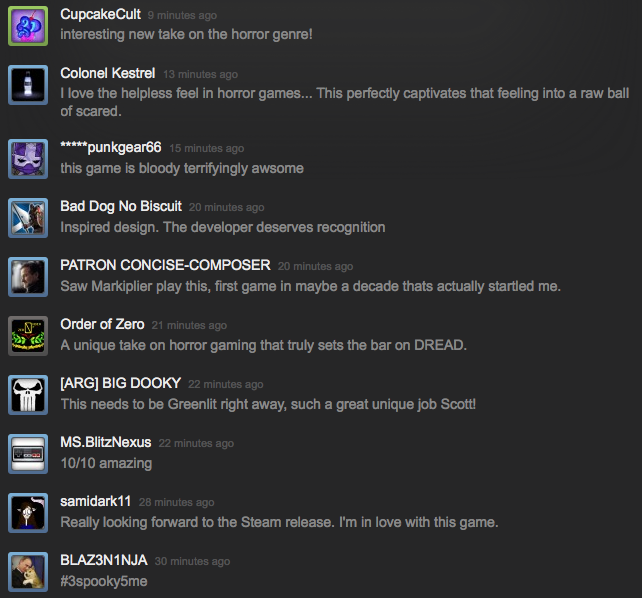 As of now, this game is not on the Steam store but if you like the game, show your support by getting it on the store for all to purchase! You can do this by going to the Steam Greenlight page and clicking on the Yes button following the question that states, "Would you buy this game if it were available in Steam?"


Do you think you can handle the intensity of this game? If so, you can try the game out for free here. This game is currently only available for Windows but I personally would love to see the release for the Mac OS X platform as well. If you would like to purchase the game, it is now 50% off for a relatively inexpensive price of only $2.49 here! This deal only lasts two more days from the time of this post so what are you waiting for?

So, what do you guys think? For $2.49-$5.00, there is nothing to lose in purchasing this game. I have personally played this game numerous times and it gets scarier and scarier each time!