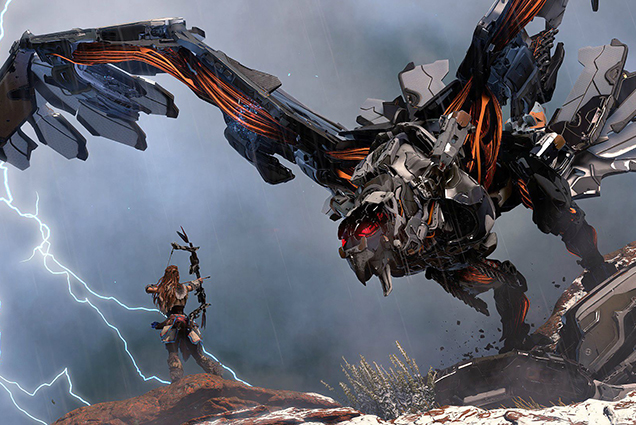 ​
Among the many games we saw and continue to see at the Tokyo Game Show this year, Horizon Zero Dawn is one that has gotten some of the most attention since its announcement at E3 this year. Killzone developer Guerrilla Games has already shown us gameplay footage of their action RPG, but Sony released live footage of the game that includes commentary and some more information on the game.

Horizon Zero Dawn follows the main character Aloy, a skilled huntress and archer, as she navigates a post-apocalyptic environment populated by robotic creatures. This presents players with a unique predicament: all of the enemies are technologically advanced and they are all a threat to the player should recklessness be their course of action. From what has been shown from trailers, the main weapons of choice will be stealth, strategy and adaptability in addition to Aloy's bow and arrows.


​
Horizon Zero Dawn, similar to previous releases from Guerrilla Games, will be exclusive to the PlayStation 4. It is slated for release in 2016 and is already looking to be one of the best games coming out next year.
About author