Fire Emblem Heroes Is Out Now

Heroes is already available in many regions around the world. In the US, the Android and iOS versions both arrived this afternoon.

When it was first announced, there was some initial confusion that Heroes would be available on Android first, as Super Mario Run was on iOS; that later proved to not be the case. Support for other mobile operating system has not been announced.

Heroes features the same basic components as mainline Fire Emblem games, although the action has been shrunk down to work on mobile devices. As a free-to-play game, it also features microtransactions. While Nintendo says you can pay without playing, there are elements of the Japanese gacha model, where you can pay to unlock a random character. You can get some of the premium currency used for this for free through My Nintendo. 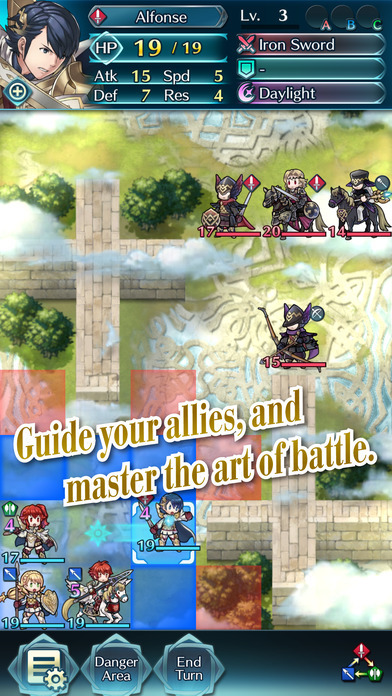 ​
If you're interested in a more traditional Fire Emblem game, Fire Emblem Echoes: Shadows of Valentia--a remake of sorts of Fire Emblem Gaiden--is on the way to 3DS on May 19. A new Fire Emblem game is also in development for Switch, as is a Hyrule Warriors-style game called Fire Emblem Warriors. Nintendo's next mobile game is one based on Animal Crossing, which was recently delayed until at least April.