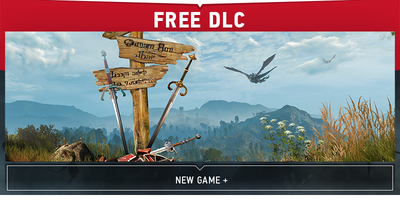 The final piece of free DLC for The Witcher 3 was revealed today, and it turned out to be a New Game + mode. The news was announced via the official Witcher Twitter account. CD Projekt Red stated that the DLC (if you really want to call it that) won't be released this week as they need to put some final polish on the feature. Although there is no official release date, it is doubtful that this feature won't be complete in a week or two.

Although the details of the NG+ mode haven't been officially laid out, one can assume that it will allow you to start the game from the very beginning, but keep your level, stats, and gear that you have acquired from your old play-through. The devs will likely scale the enemies as well, so that you aren't fighting level 1 monsters with level 40 gear and abilities. This is great news for those who want to play through the game again but keep the progress they have made with Geralt. I plan on rolling through the game again once the first piece of story DLC gets added come October. What do you think of this last piece of free DLC?