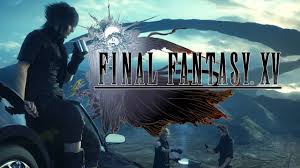 The August update for Final Fantasy XV is now live. In addition to the usual assortment of bug fixes, the version 1.4 update adds a couple of new features to the game, most notably the recently announced Assassin's Creed crossover event.

Today's patch marks the start of the Assassin's Festival, a limited-time in-game event that introduces new mini-games, items, and "gameplay elements" based on Ubisoft's Assassin's Creed series. Among the items players can acquire during the festival are Medjay's Assassin's Robes; all four members of the party can wear them to resemble Assassins. Noctis can also get Master Assassin's Robes from the Dream Egg, which can be obtained from the Moogle Chocobo Carnival going on until the end of September.

Beyond the Assassin's Festival, the update also adds chapter select and bestiary functions to the game. The former is available after players complete the main quest, while the latter can be accessed from the game's main menu.

The Assassin's Festival runs until January 31, 2018. Square Enix hasn't announced if the event will return in the future or if PC players will have a chance to take part in it when Final Fantasy XV launches on computers early next year. You can find the full patch notes for today's update, taken from the Final Fantasy XV subreddit, below: