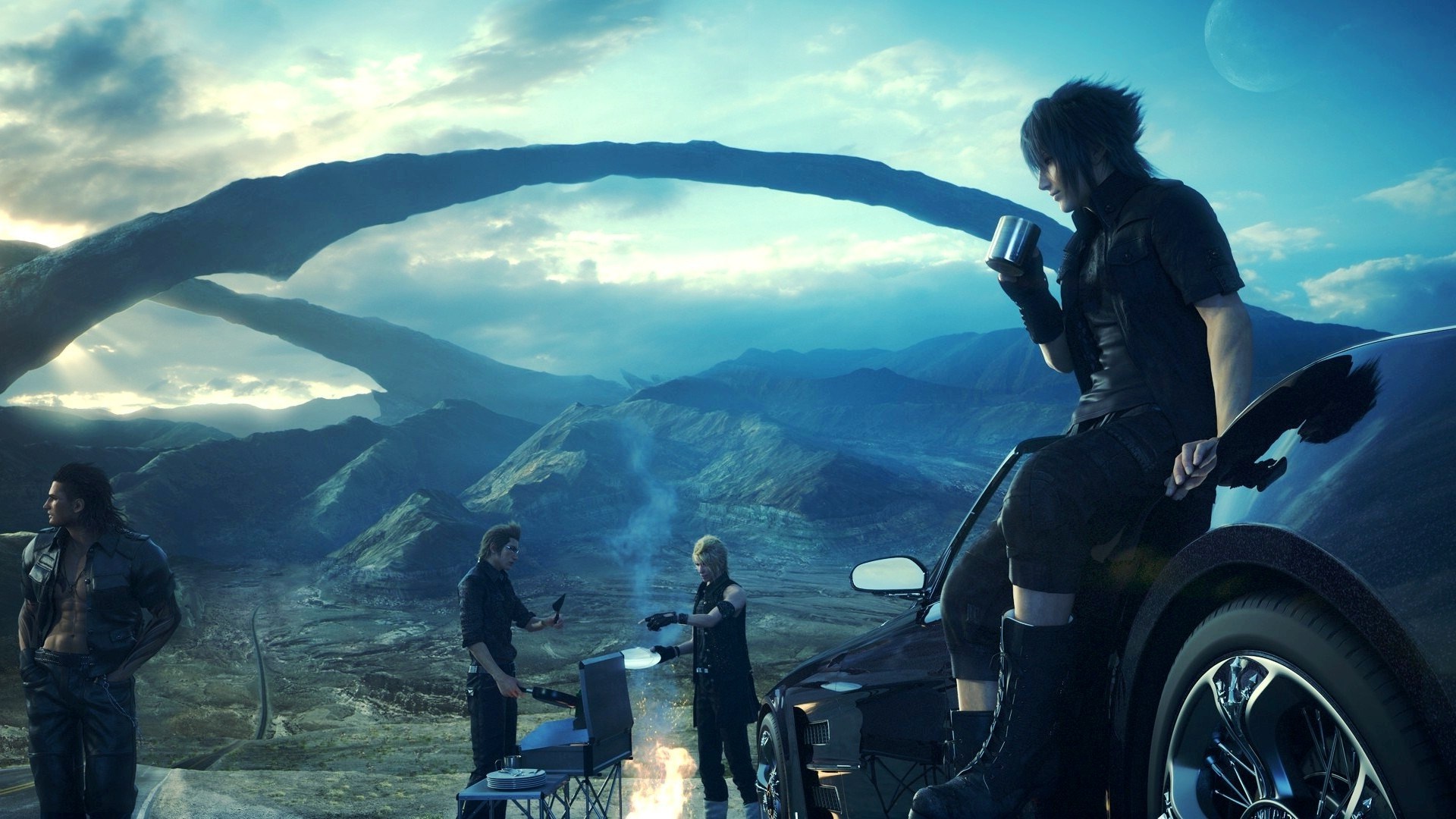 Square Enix's long-awaited Final Fantasy XV already went gold, but that doesn't mean the developer has stopped working on the game. In a series of tweets today, Square Enix explained that the RPG will have a day one patch that adds "extra features" that the studio thinks fans will enjoy.

The developer will announce specific details about this patch on Monday, November 21st. You'll hear all the details when they are divulged. 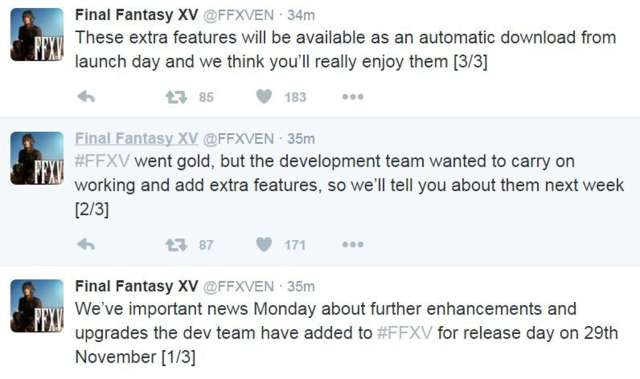 ​
When Final Fantasy XV's latest delay was announced in August, director Hajime Tabata said it was done in part to avoid having to put out a day one patch.

After years of development and multiple delays, Final Fantasy XV is slated to arrive on November 29th for PlayStation 4 and Xbox One.

Late night TV host and comedian Conan O'Brien played the game this week alongside Lord of the Rings actor Elijah Wood. His verdict? "This whole thing, it's like an epic, blue balls waste of time," he said as part of his newest Clueless Gamer segment--watch the full video here.

In other news about Final Fantasy XV, Square Enix has revealed the game is getting a patch in December that will add new graphics and frame rate options on PS4 Pro. Are you looking forward to the new update? Let us know in the comments!