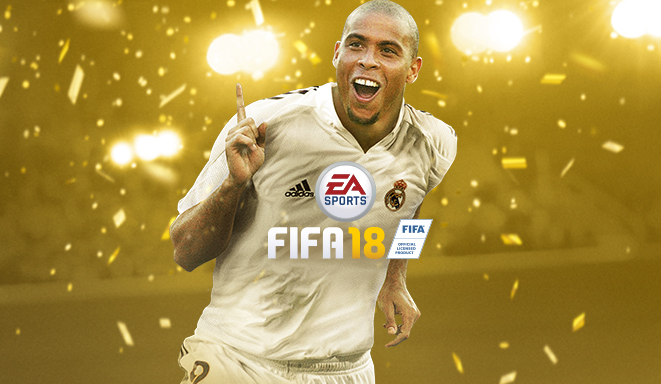 FIFA Ultimate Team Legends have been renamed for FIFA 18, and they're no longer exclusive to Xbox. They're now called Icons, and in FIFA 18 you can get them on PlayStation 4 and PC as well as on Xbox One. Icons are ultra-rare Ultimate Team cards based on legendary footballers from years gone by. Players to have received Legends cards in the past include Pele, Ryan Giggs, Paul Scholes, Paolo Maldini, Alan Shearer, and Franz Beckenbauer.

This year, Brazilian striker Ronaldo joins the roster as it makes the jump to PS4 and PC after four years of Xbox exclusivity. A full Ultimate Team reveal is expected later this year, though it is currently unclear whether the Nintendo Switch version will include Icons--or indeed FUT itself.