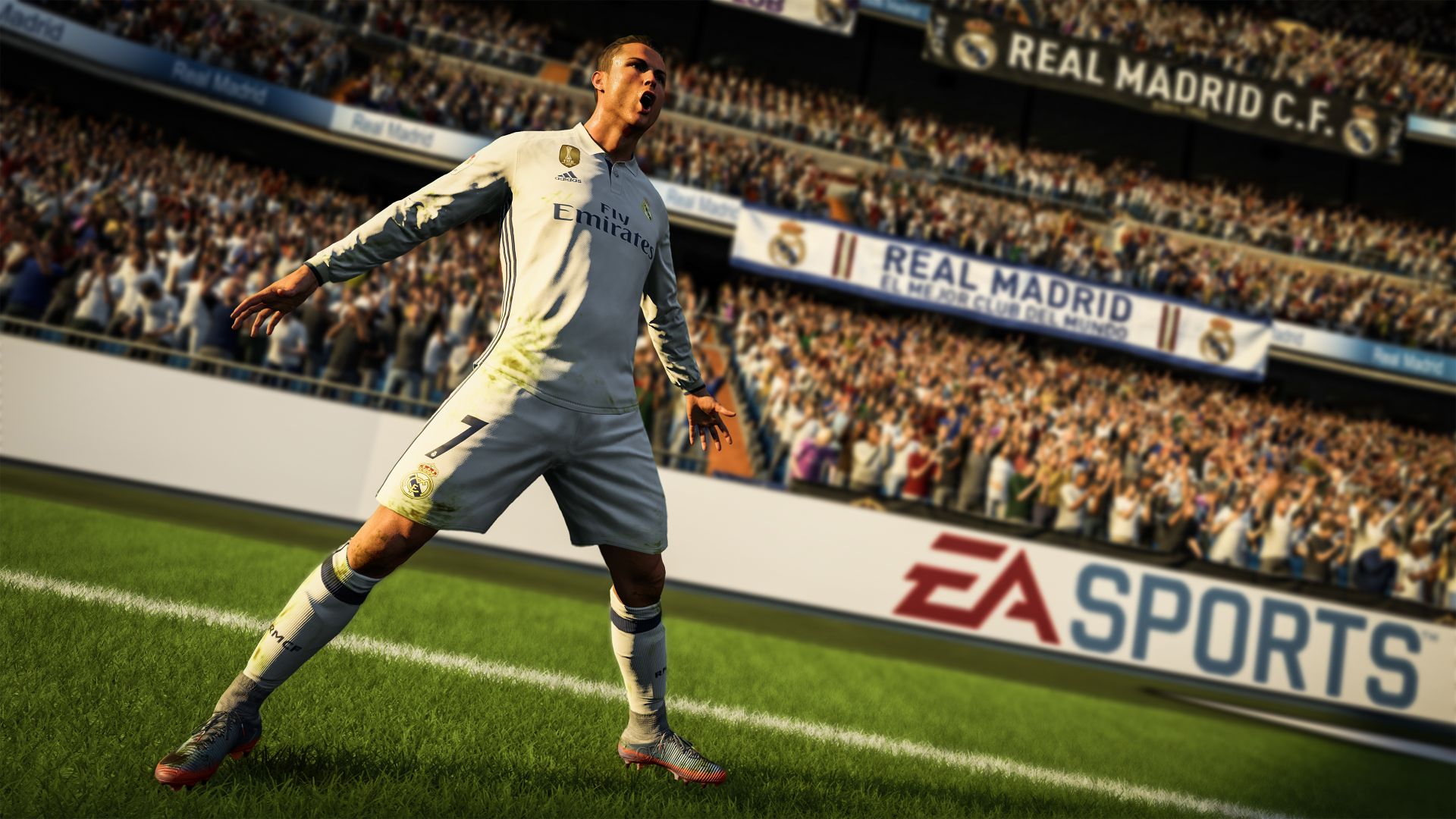 EA has revealed a bunch of new FIFA 18 details, as well as offered the first proper look at its gameplay. The company held a Twitch stream event yesterday in which it showcased a new trailer, new Ultimate Team features, and a full 2v2 match. In addition, the Switch version of Ultimate Team was further detailed, and we got to see new Icons (this season's version of Legends) for the first time.

Starting with FUT Icons, EA revealed a new feature called Stories, in which classic players will receive three Ultimate Team cards for different stages in their career. As an example, Ronaldinho has one card for his time at PSG in 2002, one for when he played for AC Milan in 2010, and one "prime" card, which highlights his peak in 2004, when he won World Player of the Year while playing for Barcelona. Two of these three cards will be available to obtain in packs and squad building challenges, though prime Icons will only available on select Thursdays that EA is calling Throwback Thursdays. You'll only be able to get these in limited time packs and squad building challenges. Take a look at some of the new Icon Stories in the trailer above.

It then moved on to talking about FIFA 18's Ultimate Team mode on Nintendo Switch. Although FUT is included in the Switch version, it's a slightly stripped down version when compared to the PS4 and Xbox One iterations. Packs, the transfer market, seasons, and SBCs are all included, but Icons and Stories are missing from the Switch version.

Finally, another new FUT feature, Squad Battles, were unveiled. These are weekly single-player competitions where you compete against AI-controlled squads built by other human players. These offer the "best" rewards for any single-player Ultimate Team mode, but they're only available on the PS4, Xbox One, and PC editions.

FIFA 18 was first revealed in June, and it launches for PS4, Xbox One, Nintendo Switch, PS3, Xbox 360, and PC on September 29. Customers who preorder the Ronaldo Edition or Icon Edition will get to play it three days early, while EA Access and Origin Access members can enjoy a 10-hour trial on Xbox One/PC starting September 21. We've played FIFA 18--check out what we thought here.

FIFA's main rival, PES 2018, launches for last-gen and current-gen consoles as well as PC on September 14, 2017, two weeks ahead of EA's behemoth.