FCC's strong response in internet Net Neutrality update: "All options" on the table for the future 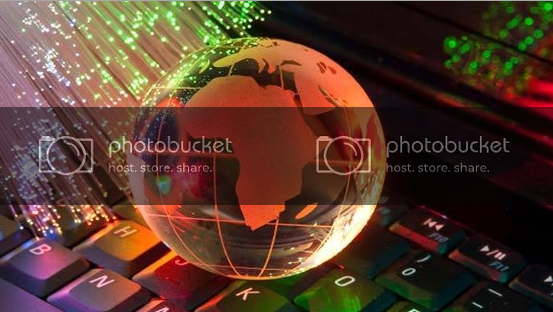 When news came out weeks ago about the FCC's new take on Net Neutrality it had privacy advocates to normal internet users outraged at the deals it allowed. Internet providers Comcast and Verizon immediately took advantage of it by letting service providers like Netflix have better speeds for payed access, and there are others waiting to do similar. Many think the challenge of the Open Internet Order (OIO) and the rulings that follow will undermine the internet as we know it, becoming an antithesis of what it stands for to a lot of people, which had the FCC chairman Tom Wheeler talk about what they are doing at The Cable Show 2014 & social media. He raised the threat of tighter Title II legislation*1 and said in a blog preserving the Open Internet was "a priority" for the FCC, claiming "all options" are on the table, including reclassifying internet providers so they can be regulated like phone companies. He also said they would be tackling issues like lack of competition between broadband service providers and connection deals of the aforementioned companies.


This means they can ignore previous court rulings on Net Neutrality or take a new direction which might make them have to go to courts. His crusade means if anyone attempts to degrade the service of many for the benefit of few, the FCC will do everything it can to stop it. The way they are addressing the problem is its paradox because they want to be the gateway to Net Neutrality but allow Pay for Access network priority. It looks like a lot of this will only happen if cases of abuse from priority happen but it will be determined by the people and the government in the future. This comes when internet freedom is being talked about and who can control what people see and how they access things. The U.S. Government is "selling the rights to control the internet" to some because of its influence on ICANN (Internet Corporation for Assigned Names and Numbers|Referred to the web's "back end")*2, and have been labeled enemies of it for the first time.*3 Brazil has become a hot-spot for Net Neutrality by signing privacy laws into place and an internet bill of rights*4. Turkey is infamous for their censorship of YouTube and Twitter, and China is the go to when thinking of taking down information not sponsored by the government in place. Russia has recently ordered bloggers to register with government in an "attempt to control the internet" and requires anyone who authors a blog in the country to "declare their family name and initials and e-mail address." If someone's blog has more than 3,000 visitors per-day, they have to put their names on a special list and follow rules with the same restrictions that some mass media outlets have. It also requires that they have to confirm the authenticity of any information they publish and avoid disclosing people's personal data. The rules are supposed to protect politicians from controversy and smear campaigns. There are also prohibitions against posting violent or pornographic content, going to even block use of obscene language, as well as anything the government deems "extremist" or related to terrorism. *5


When Governments of the world are considering dividing the Internet as we know and use it, when will we tear down walls dividing people and countries even though we may not always agree? Will we see a day and age where we have to "tear down that wall" (referencing Berlin) considering Germany, France and others are thinking of making their own internet local*6 to countries instead of using secure privacy standards like LAN's for Governmental use? This is because of NSA data spying revealed by leaker Edward Snowden*7 and people like Julian Assange showing the United States is able to tap an entire country in real time*8, in addition to Angela Merkel's personal phone (the Chancellor of Germany). Russia also has claimed recently the internet is a CIA project.*9

*1 Under the Telecommunications Act of 1996 Title II covers the granting and licensing of broadcast spectrum by the government, including a provision to issue licenses to current television stations to commence digital television broadcasting, the use of the revenues generated by such licensing, the terms of broadcast licenses, the process of renewing broadcast licenses, direct broadcast satellite services, automated ship distress and safety systems, and restrictions on over-the-air reception devices.
*2 The Internet Corporation for Assigned Names and Numbers (ICANN) is a nonprofit organization that coordinates the Internet's global domain name system. The Internet Assigned Numbers Authority (IANA) is a department of ICANN responsible for managing the DNS Root and the numbering system for IP addresses. It is headquartered in the Playa Vista section of Los Angeles, California. ICANN is responsible for the coordination of maintenance and methodology of several databases of unique identifiers related to the namespaces of the Internet, and ensuring the network's stable and secure operation. The numbering facilities include the Internet Protocol address spaces (IPv4 and IPv6) and assignment of address blocks to regional Internet registries. ICANN maintains registries of Internet protocol identifiers, and the management of the top-level domain name space (DNS root zone), which includes the operation of root name servers.
On September 29, 2006, ICANN signed a new agreement with the United States Department of Commerce (DOC) that moves the organization further towards a solely multistakeholder governance model.


Citation for the FCC's response to Net Neutrality
http://www.engadget.com/2014/04/30/fcc-chairman-to-cable-companies-forcing-some-net-traffic-into-a/