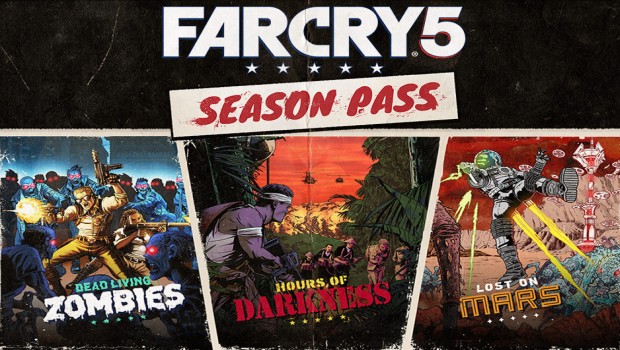 Far Cry 5's next expansion, Dead Living Zombies, will launch on August 28, Ubisoft has announced. The expansion sees players meet up with "D-tier" film director Guy Marvel who has a number of ideas for an "epic zombie saga." You will play seven different "film scenarios," which are maps made using Far Cry 5's Arcade Editor tools.

As you'd imagine, you will be fighting against "hordes of undead" in all manner of different environments. Once you beat each map, you'll unlock a Score Attack mode. If you get a 3-star rating you'll get weapons and gear that you can use in the story mode.

The Dead Living Zombies expansion costs $7 on its own, while it's also included with Far Cry 5's $30 DLC Pass. You don't have to pay to get new stuff, however, as Ubisoft is adding more scripting tools and destructible objects, as well as "more new assets," to the free Far Cry 5 map-editor in the next title update.

Dead Living Zombies is the third and final Far Cry 5 expansion, following the previously released Hours of Darkness and Lost on Mars. You can watch a trailer for Dead Living Zombies in the embed above; there is only a very brief gameplay segment, right at the end.