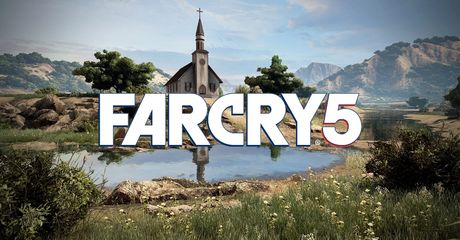 Set in the fictional town of Hope County, Montana, Far Cry 5 lets players create their own character, a junior deputy, and then set out to take down the religious cult Eden's Gate. You're supported on your journey by Pastor Jerome, an African American priest who has lost his flock to the cult; Mary May, a bartender with a penchant for flammable cocktails; and Nick Rye, a pilot who wants to create a better future for his child.

Here are some other things to know about Far Cry 5:


"As the new junior deputy of fictional Hope County, Montana, players will find that their arrival accelerates a years-long silent coup by a fanatical doomsday cult, the Project at Eden's Gate, igniting a violent takeover of the county," Ubisoft explains in a press release. "Caught off guard and drawn into a power struggle, players must disrupt the carefully laid plans of the Project at Eden’s Gate, and fan the fires of resistance to help liberate the Hope County community and themselves.

"Under siege and cut off from the rest of the world, players will join forces with residents of Hope County and form the Resistance. The fight against the cult will take players to unique locations throughout Hope County that provide different gameplay experiences," it continues.

"During their journey, players can fly planes to engage cult forces in aerial dogfights across Big Sky Country. While tracking down cult members and gathering resources for survival across farmland, forests, mountains and rivers, players can get behind the wheel of iconic American muscle cars, big rigs, ATVs and boats. Vehicles also provide refuge when under attack by animals or as a way to quickly escape when things don’t go as planned."

As the trailer shows, you can hire dogs to distract enemies and pick up weapons for you. Additionally, you can fly planes and perform bombing runs, while throwable weapons like pitchforks are part of the game, too, which sounds pretty cool.

On May 24, Ubisoft published the cover for Far Cry 5, which featured artwork inspired by Leonardo da Vinci's The Last Supper. With the new details, we now know that the man sitting in the middle is Joseph Seed, leader of the Eden's Gate cult. The people surrounding him include his siblings John, Jacob, and Faith. Together, this family serve as the game's antagonists and the foundation of the Eden's Gate cult.