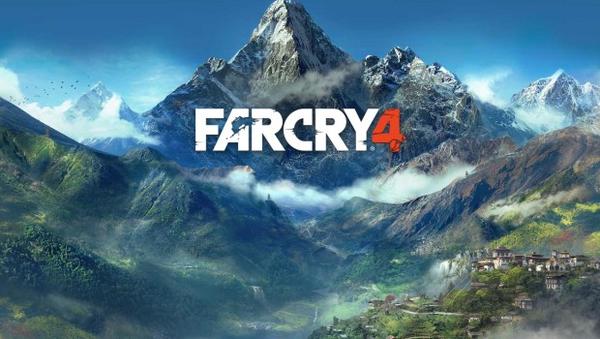 With just about a week left until release, the map from Far Cry 4 has been leaked. It reveals not only different areas and locations, but also what type of wildlife you can expect to run into and what kind of inhabitants you will have to deal with while exploring what looks like a dense and diverse world. With areas that are both industrialized and wild, exploration and destruction from an elephant's back could turn out to be quite interesting.

The map looks much like the one we got familiar with while playing Far Cry 3, and looks to be around the same size. Whether or not this is the full map is hard to say, as the image is just a leak and not from an official release.

As Far Cry 4 has been removed from Steam (in the UK for now), and gamers are forced to go elsewhere to buy this and other Ubisoft games, some might choose to skip it on PC entirely. Forcing the use of Uplay may not be the smartest move, as it has been known to be riddled with issues and some gamers actually prefer to avoid it completely. But if you choose to spend your money on Far Cry 4 on PC, here are the system requirements needed to run the game on a minimum, and also what you need if you want to experience the game at its fullest:

If your PC has got what it takes, the new Nvidia trailer will show you what you can expect from Far Cry 4: PCSS, HBAO+, TXAA, hairworks, godrays, and a quick run-through of what all that actually means. This game may not be a revolution of any kind, but if you have a good build at least it might look pretty.


​
I must admit the game looks tempting. I would not mind spending some time in Kyrat, I logged some hours in Far Cry 3 and even went for a run in Far Cry: Blood Dragon, the silly neon weirdness that came out of nowhere and surprised us by being so completely different. If you expect something similar from the developers, you can forget it. The rumor is dead before it's even out, this is what creative director Alex Hutchinson had to say about the matter while talking to IGN:

"The cool thing about Blood Dragon was that it was a surprise, it was a great use of the Far Cry 3 base, and had an awesome soundtrack. So the answer is no, you won't be getting another one of those. Hopefully we can come up with something that surprises you as much as the original Blood Dragon. And if we did make one, I'd probably get told on Twitter 'are we going to get a Blood Dragon every year? You're just in a factory churning things out'."

Far Cry 4 will be out on November 18th on Microsoft Windows, PlayStation 3, PlayStation 4, Xbox 360 and Xbox One.

Will you be playing Far Cry 4 on PC? What do you think of the world we have been presented? And how disappointed are you that you're not getting another Blood Dragon?