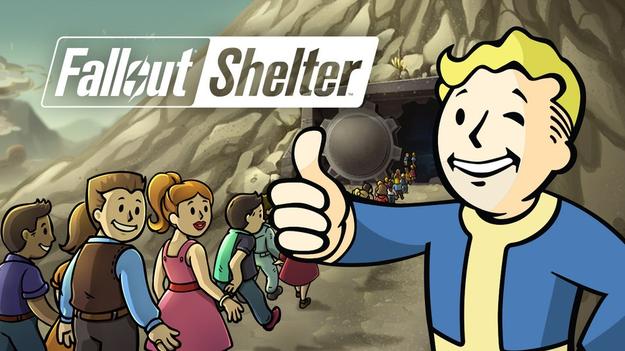 Fallout 4, the game we have been waiting for since we completed Fallout 3 for the first time years ago, is on its way. This is old news now, but they are making us wait until November, which is a very long time!

iOS users have been able to ease the pain of the wait with a mobile game called Fallout Shelter for a few weeks now. It was released shortly after E3 and has been a big hit, it even managed to dethrone the infamous Candy Crush Saga from the spot as highest-earning iOS app. Android users can now take a breath of relief as it has finally been announced when Android users will be getting a taste of the awesomeness. Tweeted by Bethesda's vice president of PR and marketing Pete Hines himself: 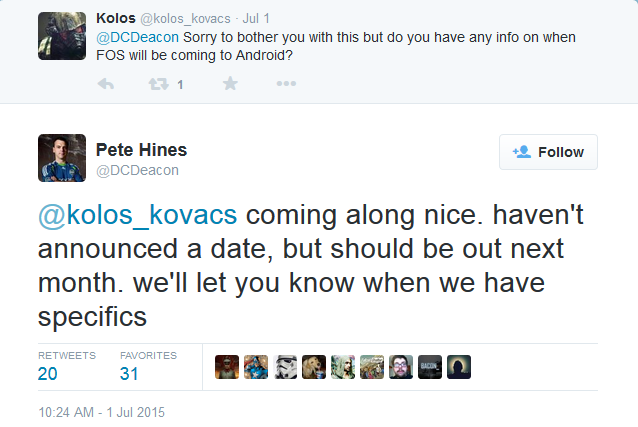 So, August it is.

But that is not all Bethesda is doing to remind us that Fallout 4 is on the way. To convince us to pre-order, Bethesda and Microsoft has thrown in a little something extra. Pre-order the game now, and you get a digital copy of Fallout 3 for free:

Seems to be a Bethesda also stated that the first line-up of retail editions for the Xbox One will have a Fallout 3 token attached with it, giving you access to the game digitally. Hines confirms that this is an offer for Xbox One only, and will not be available for customers on other platforms.

Oh, and as a nice treat to anyone in the UK that missed out on the currently sold out Fallout 4 Pipboy Edition, I'm happy to tell you that pre-orders will be back in stock at GAME this weekend, starting July 3. First come first serve, so you better have your money ready when they open the doors, or be ready to make the purchase online as soon as it's possible. Good luck!

Hyped for this anyone?