Fallout: Shadows of Boston was Just Another Hoax 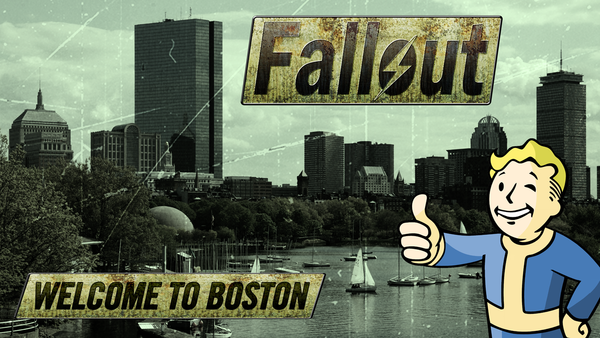 Since 2010's Fallout: New Vegas we have seen nothing but rumors regarding a new game in the franchise. Back in 2012 a Reddit user claimed to have seen Bethesda "scoping out and researching Boston". Late last year, a Fallout 4 teaser website named "TheSurvivor2299.com" was stirring up a lot of attention. It was a hoax, Bethesda said on Twitter: "It's not an official site." A new Fallout game may be in the works, but if it is, it's not tied to that website." And again in February this year, Fallout was listed on Idmb, but has since been removed. The leak listed the game as Fallout: Shadows of Boston, to be released in 2017 with names like Ron Perlman and Three-Dog actor Erik Dellums in the cast. Kotaku reported having leaked documents to confirm the existence of the game, and furthermore verifying the location to be Boston. Other rumors have been floating around too, but nothing has been officially confirmed by Bethesda.

However, some new and interesting information has now arisen. According to NeoGAF, Bethesda has registered a trademark application for the brand "Fallout: Shadow of Boston" in Germany. The product is described as: "Computer game discs; Downloadable computer game programs; Computer games programmes downloaded via the internet; Auditioning for tv game shows" There is not a lot of information to be found, but the trademark owner is listed as Bethesda Softworks LLC of Rockville, USA and the first language is going to be English and the second French. They also registered "Fallout: Ultimate Collection", so it is not to unreasonable to expect older games to be reworked for an anthology at some point.

Fallout 4 has been believed to be the next big game from Bethesda for some time, but there has been little to no confirmation regarding the title. This new information might trigger something, but we have yet to see an official statement from them.

Thanks to DWBDAKOTA for the source and idea.