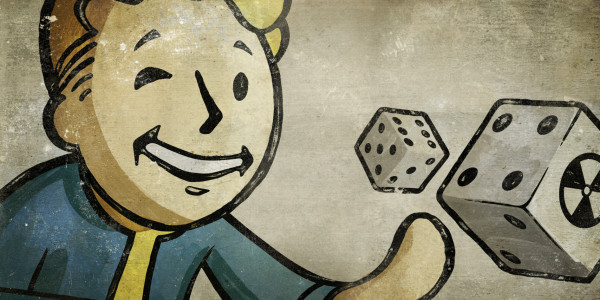 ​
With Fallout 4 so close to release, surely there couldn't be any more news about the game surfacing. Or so I thought, until the trophy list was revealed a few hours ago. Those that have been following the next entry into the Fallout series are aware that the game is slated for release on November 10th, and are probably also aware of a lot of the features that have been confirmed so far. The trophy list, however, does drop some hints on the main parts of the story, as well as showing off some features that Bethesda Game Studios never went into too much detail on. That said, there will be spoilers in the trophy list, so if you would like your Fallout 4 experience to be pristine and brand new, you may want to skip over the achievements that have been released.

Credit to Houstonruss for compiling the trophies into one image!
​
Fans can infer from certain achievements here that there will be relationships with companions, and the picture for the trophy implies that there may be romance in the game. Achievements can also be earned through maximizing happiness in a settlement, as well as establishing alliances with other settlements. There are also achievements for gathering crafting resources, as well as utilizing the resources gained over time. Parts of the story are also revealed, such as the player first exiting Vault 111 and venturing out into the wasteland. It would seem that the player can also join the Minutemen, the Brotherhood of Steel, and ultimately determine the fate of the Commonwealth.

Bethesda is known to have a sense of humor as well, as shown by their trophies when the player scores a homerun or a touchdown. "Prankster's Return" is a reference to "Psychotic Prankster", which also requires the player to place a land mine or grenade into the inventory of an NPC that is being pickpocketed. As is the pattern in Fallout games, Bethesda is also rewarding the player for participating in side content, as well as leveling up and collecting the classic Vault-Tec Bobbleheads.

Fallout 4 is less than two weeks from its release, and fans are already bursting with excitement. This trophy list is sure to set some Fallout enthusiasts over the edge, and for good reason. Seen here is a lot of what Bethesda has told fans about the game over the past few months, and everything they promised is now set in stone. Players will be able to reach level 50 and above right off the bat, there will be legendary creatures to find and slay, and hundreds of locations to search out. Will Fallout 4 live up to its hype, though? After seeing this list of trophies, it definitely looks like it will, but what do you think? Let me know in the comments below, and tell me which trophies you're excited for.