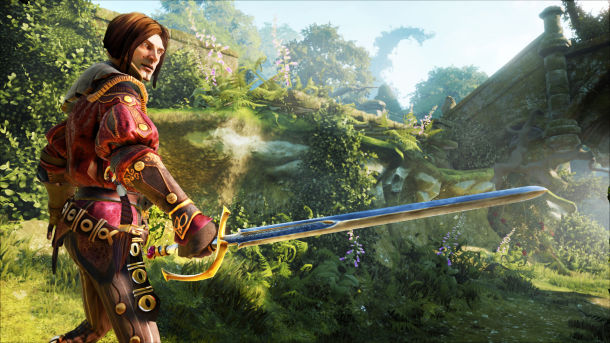 ​
Today at Gamescom, Microsoft announced Fable Legends for Xbox One, which will feature new quests, weapons, character upgrades and 4-player online co-op. The game, developed by Lionhead Studios, will once again be set in Albion, where you can embark on an adventure with 3 other players, either as a hero, or a villain. You can watch the announcement trailer below, which demonstrates the true beauty of graphics on the Xbox One.​
​
​
​
Not much is known about the game so far, but what we do know is that Legends will allow you to play the role of either a hero or a villain, and will feature Microsoft's SmartGlass technology, which allows you to communicate with the game using your smartphone or tablet. That's not all! Fable Legends will take place in an always-online world, says Microsoft. The trailer hints at the idea that 'heroes' may face hordes of enemies controlled by a 'villain' player.​
​
Are you a fable fan? Are you ready to take on Albion with 3 of your friends? Will you be the respected hero, or a hated villain? Share your thoughts and comments below!​
​
Source(1) Source(2)​