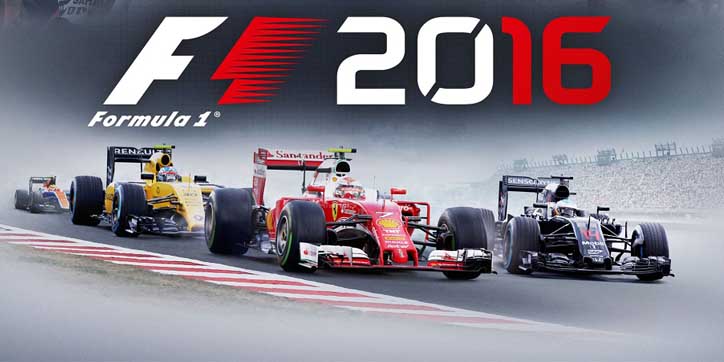 ​
Earlier today, Codemasters announced F1 2016, the next installment in the F1 series. The title is set to release some time this summer for the Xbox One, PlayStation 4, and PC. In a statement by Lee Mather, the game's principal game designer, "F1 2016 is a massive step forward for the franchise." The first gameplay will be showcased at the massive gaming convention, E3, next month.

After much controversy over F1 2015 not having a career mode, the company has brought it back and better than before. There will be many new features in career mode such as the ability to interact with both their crew and agent in hospitality areas, designing their own character set with a custom designed helmet and race number, and even choosing any Formula One team that they would like. You may be wondering what hospitality areas will serve as and the company confirmed it will act as a game hub of sorts for the player, allowing research and development to be conducted, and the player can work with their agent to develop progress.

Among more updates to the game, Lee Mather has also said, "The career mode, together with the re-introduction of the Safety Car, the first inclusion of the Virtual Safety Car, and a number of other unannounced improvements means that F1 2016 will have more new features than any other year of the franchise."

With the last installment gaining more than lackluster reviews, Danny O'Dwyer said, "F1 2015 is an incredibly frustrating game, representing both a wonderful step forward and a massive stumble, with serious technical issues, a dearth of game modes, and multiplayer which is functionally broken on the PC sour what is otherwise a wonderful driving game."

With the many new features being added, do you think it will make up for the mistakes made in the last installment? Let us know in the comments below!