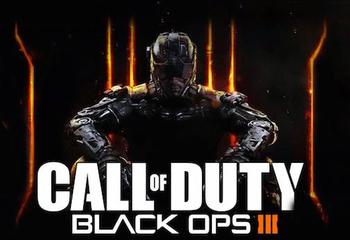 Call of Duty: Black Ops III is currently under development by Treyarch. Unlike the two other studios developing Call of Duty games, they are not planning on adding additional Prestige levels post launch. Responding to a comment on Reddit, Game Designer Director David Vonderhaar made it clear that such an approach would not match their ideas for what Prestige is supposed to be:

"We are not fans of adding Prestige Levels after launch. We wanted Prestige to have an end goal and off ramp. It's why we gave it a name (Master Prestige) and removed the level icon when you hit it.


We do think there is a room to do interesting things to highlight a Master Prestige player that keeps playing that is NOT adding more prestige levels."

Now, as things are not set in stone yet, he goes on to add:

"It's designed, but not implemented yet, and I don't want to put my foot in my mouth in case it doesn't happen for scope or schedule reasons."

Both Sledgehammer Games and Infinity Ward chose to add extra prestige levels to their releases, around 15 levels in Advanced Warfare and 10 levels in Modern Warfare 3. However, no extra levels were added for Ghosts, so it is not something that is done as a rule. But in the next installment, it is highly unlikely that you will have to start the grind all over again after reaching max prestige. What level that will be, is yet to be announced, and we still don't know what Treyarch has lined up to make players stay after getting there.

For those of you craving more information about Black Ops III, don't worry, you are about to get another piece of the puzzle. The Call of Duty: Black Ops III Zombies world reveal is scheduled for July 9th at the San Diego Comic-Con, so just a few more days now. If you happen to be there, you will also be able to test out the multiplayer in the PlayStation Road to Greatness Tour Bus. During the event Activision also have plans to share both details on the Zombies mode and reveal the contents of the game’s collector’s edition. So plenty of information is on its way, just hang in there a little longer.

Do you prefer to have a set amount of Prestige levels from the start, or are you disappointed of the lack of added levels? And how psyched are you about the Zombies reveal?