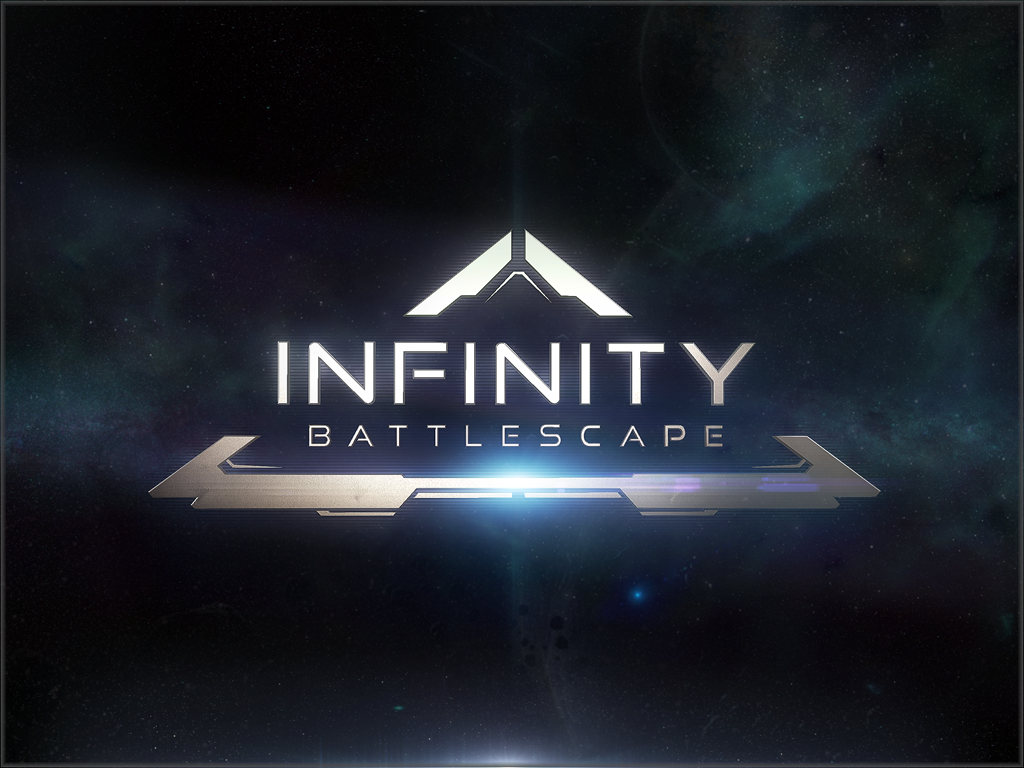 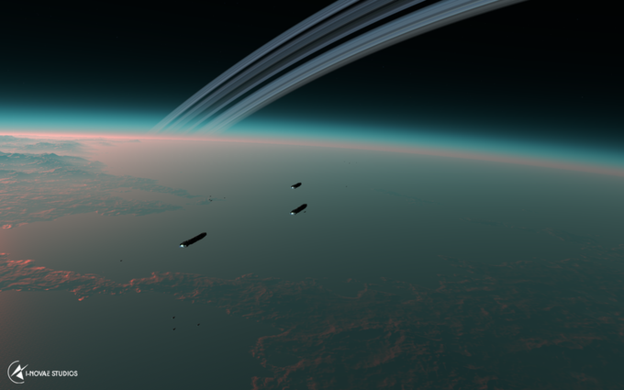 Welcome to Infinity: Battlescape, an upcoming multiplayer space simulator, involving hundreds of players battling for domination across an entire solar system. The game will split players across three corporations in the Starfold Confederacy. You'll have the choice of choosing between Scoria Inc., C.P.L. Tech, or Havoc Excavations. You'll be participating in massive space battles on a galactic scale. With no loading screens and next-generation visuals that bring the solar system to life, players will enjoy exploring the many planets, moons, asteroid belts, and other celestial phenomena Infinity: Battlescape has to offer. With seamless planetary transitions and combat spanning from deep space to the surface of alien worlds, players will have a smooth experience destroying enemy ships and structures. Whether you use orbital bombardment from capital ships or an array of smaller spacecraft; galactic warfare is sure to be an all-new experience in Infinity: Battlescape.

In Infinity: Battlescape, you'll be able to use anything from small, nimble interceptors to immense, powerful capital ships able to decimate your foes. Matches begin with each team being assigned to anything from space stations to planetary bases, factories, and AI controlled defense turrets. Each player will start with a moderate amount of credits, with which they can buy different ships and equipment. Every few minutes, a factory spawns a cargo ship that will transfer raw materials to the nearest space station or planetary base for processing into credits. These credits will be split evenly among all members of the team. If the cargo ship is destroyed, the owner will lose the credits that come along with it. Players can donate their own credits to their team members in order to increase the number of resources the team has.

As for the powerful vehicles that you'll be using on your mission to conquer the universe; you'll have many different ships, all of which serve a different purpose. The light and medium spacecraft are small ships which offer a first-person, high speed experience inspired by popular sci-fi films. The flight models in the game aim to make each planet a unique experience. Every planet you explore will have a different atmosphere, and each ship will have noticeable drag, and thrust-to-weight ratio differences. 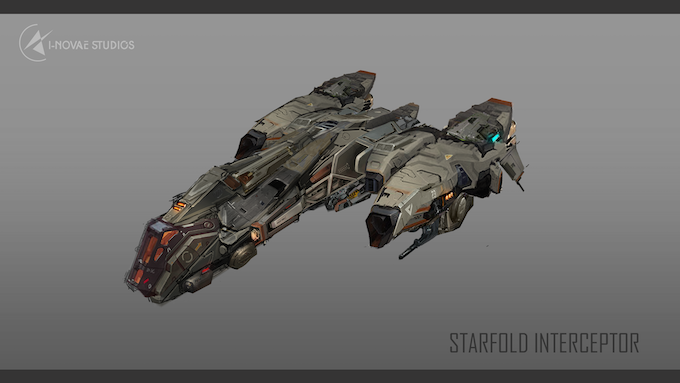 Starting off with Interceptors, these are the standard ships of the galaxy. Fast, sleek, and a dangerous killing machine: their primary use will be to destroy any light aircraft in your way, as fast as possible. Fighters, are similar to Interceptors, they share the same fast speed and maneuverability; with the main difference being that the Fighters have a limited ability to attack infrastructure. Bombers will be larger and will have a noticeable decrease in maneuverability compared to the smaller ships. A small fleet of these, are more than capable of obliterating enemy capital ships and infrastructure. Last but not least, are the Corvettes, the destructive force of the light spacecraft. Essentially the tanks of space warfare, Corvettes are armed with independently targeting turrets that offer 360 degrees of pure firepower. While they don't have long range capabilities, they are more than capable of being a force to be reckoned with. 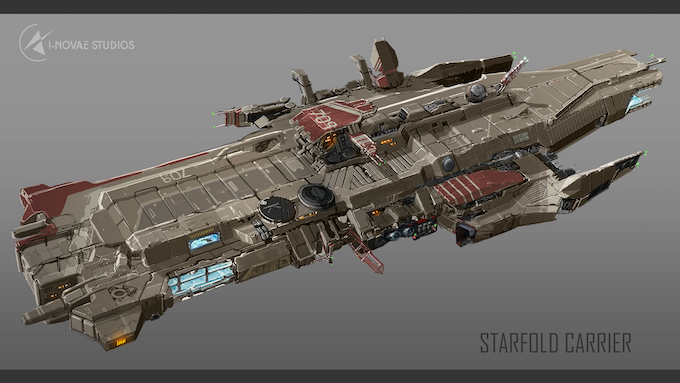 Next up are the Capital ships, the destructive backbones of your fleet of spaceships. Unlike light aircraft, Capital ships can only be controlled in 3rd person; and will offer individual weapons that can independently target or be focused on a single enemy depending on field of view.

The first Capital ship available to players will be the Destroyer. Being the smallest and the most maneuverable of all of the Capital ships, you'll be able to use its densely fitted light weaponry to protected the larger Capital ships. The second Capital ship is the Cruiser, fitted with multiple heavy weapon platforms designed to destroy enemy infrastructure and capital ships in minutes. Bombers are the best way to take out a Cruiser as fast as possible due to it's long-range weaponry. The last of the Capital ships are the Carriers with mobile spawn points made to launch, refuel, and refit small ships. Carriers are made to be a mobile base of sorts for your team. Its defensive capabilities are limited, with only light weapons to defend it from any incoming onslaughts. Once the squadrons defending a Carrier have been wiped out, it will surely be the next ship in the fleet to fall. 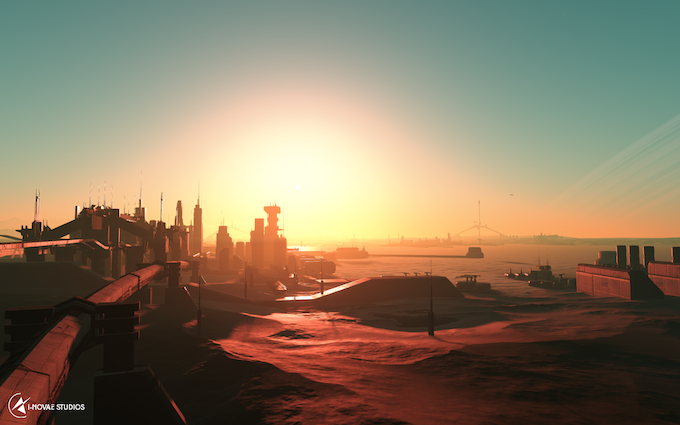 Infinity: Battlescape will also offer an offline sandbox mode. With this, players will be able to explore the multiple ship and weapon combinations to prepare them for multiplayer warfare. In addition to this, plans for a community-oriented approach to modding is in the works. There are other long-term stretch goals as well, aimed to add new social features directly into the game including corporation management and built-in support for competitive matches between organized groups of players.

Plans to allow players to build their own space stations, planetary bases, factories, and other infrastructure, will be in the works if their goal is met. Space stations will only come in two different sizes: large and small. All small space stations and planetary bases will be able to spawn small and medium sized spacecraft. Large space stations are the only places capable of spawning, rearming, and refueling capital starships. In addition to this, every time a team receives credits, its members will have some additional choices to make. Team members will be able to buy new ships, improved weaponry, new factories, space stations, and more. The additional content can only improve from here. Are you excited for Infinity: Battlescape? Let us know your thoughts on the plans for the game below. Don't forget to check out gameplay footage from the prototype on their Kickstarter page.