Evolve Will Be Playable Solo and Offline 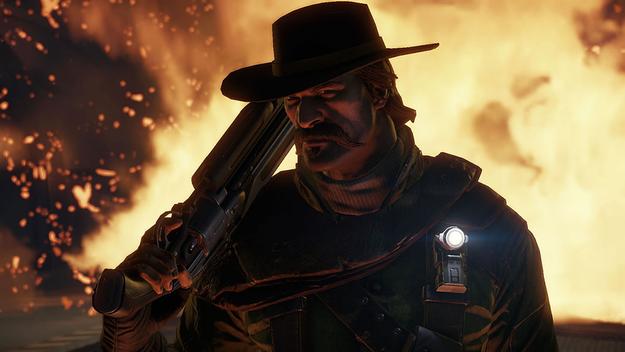 Recently both Xbox Live and the PlayStation Network suffered long periods of downtime, ruining the holidays for a lot of people. As a lot of games on Xbox One and PS 4 are distributed digitally and requires connection to the consoles online service to be verified and played, this rendered the consoles useless for days. Several games on disk require server connection too, which makes a shut down online service a pretty big deal. Whether or not the recent incidents will make sure Microsoft and Sony up their security and provide more a stable service remains unknown, but even if they do, there is no guarantee this won't happen again. If it does, there will be at least one game around that will let you kill some time while you wait for your connection to get back up. Turtle Rock Studios’ Chris Ashton confirms:

"Yes, there is an Offline mode for Evolve! If that’s all you wanted to know, cool. You’re all set. If you bought Evolve and never wanted to talk to another human being, you could do that."

On their official site, they also included a very descriptive and helpful video on how to achieve offline mode:

Evolve is a 4v1 monster hunting coop shooter, but according to the developers at Turtle Rock Studios there was always plans to let players enjoy the game alone. Playing an online competitive multiplayer can be quite stressful, and you have to play as a part of the team unless you are the monster. You have to do what is best for the team, and your own ideas and strategies might not always be the ones the rest want to go for. Being placed in a team with random players that just want to troll around with no plan at all can be rather frustrating too. So if you want to go your own way, Evolve will let you play the whole game, including Evacuation, alone, with or against the AI.

“Rather than splitting our focus and crafting a different version of Evolve for solo, we focused on making sure that the solo game would stay true to what Evolve was always meant to be. In our minds, even if a bot is driving the Monster or the Hunters, it’s still the same great game.”

The solo mode is designed to let the player control all players on the team, and let you choose the bot you want to fight and also what mission to play in Evacuation. So basically this will be you in a game as all 4 Hunters at once. No need to wait for your teammates or have them do something you rather they didn't. And if you unlock a new playable character, you can try it out in a game by yourself and get used to it before venturing into the online multiplayer. No need to be the weakest link on your team if you can avoid it.

This might be an ingenious move from Turtle Rock, as so many players have faced down time and raged about not being able to play their games lately. The fact that it is a feature available at launch and actually designed to work on the full game is a plus too, another thing that seem to annoy players these days are all the extra material you have to pay for after the game has been out. Especially when it has been ready since before launch. If it works out well, maybe others will follow? All we need now, is for this game to actually work on launch day.

Evolve will be available on Xbox One, PlayStation 4 and PC on February 10, 2015.

Will you be playing Evolve solo?