Eternal Step - A Challenging Roguelike With a Rewarding Progression System 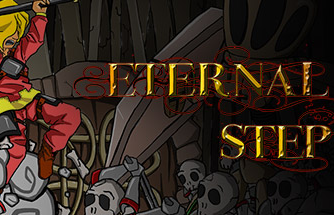 ​
One of the biggest factors that separate good roguelikes from not-so-good roguelikes is the balance between progression and replay value. Once More With Gusto’s Eternal Step is a 2D roguelike action-adventure game with a great progression system that makes every challenging playthrough worthwhile.

Like most other roguelikes, Eternal Step is set in a tower that has endless floors full of traps, treasures, and monsters. Every floor is only one room and these rooms seem to be randomly generated. They often include a mix of hidden treasures and hazardous traps. More importantly, most rooms are full of various kinds of monsters and demons. In order to proceed to the next floor, you must kill every single monster in the current room without dying. To do this, you are equipped with a sword to attack, armor for protection, and a shield for defense.

Eternal Step’s combat is fast paced and very hard to master. You will definitely have a hard time clearing rooms on your first couple of runs, but this just makes the following runs more rewarding. The sword that is given to you at the start of the game is fairly weak and can only be used in one short-range direction. As you progress through the tower, you will obtain cards that can give you various weapons with unique attributes. Some of the weapons will be swords and offer a good balance between speed and strength, but other types of weapons, like axes, give more damage at the expense of stamina. Weapon cards can also come with special abilities, which can be used to deliver a more devastating or wider-range attack.

In addition to finding new weapons, cards can also award you with new armor, shields, special weapon skills, and monster abilities. These cards play a big role in the progression system of the game. Cards can either be found or rewarded, but you only get to view the card if you clear the room you found it in. Once you reach the exit of the room, you get to view all the cards you have obtained on that floor. For every card, you have multiple choices on what you want to do with it. You can either equip it, store it, or take the ability from the weapon and apply it to your current weapon. When you store a card, it gets saved for a future playthrough and can be selected at the start of a run. Weapon skills are found on cards, but they also have an inventory system of their own. Every time you store a card with a skill, that skill gets stored and can beapplied to another weapon at the beginning of a new playthrough. You also have the option of simply taking the skill from the card you found and apply it to the weapon you currently have equipped. 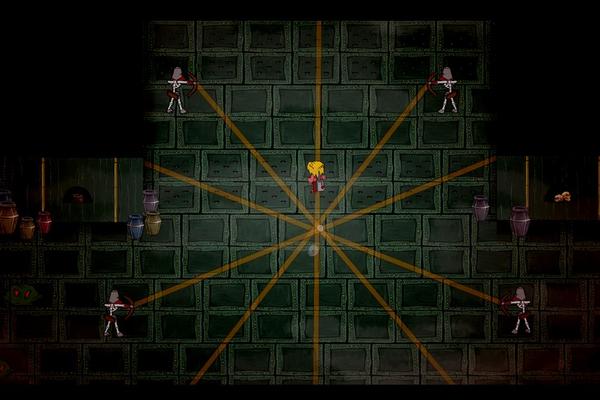 Gameplay Screenshot​
In addition to getting the cards through gameplay, there are also other forms of progression in the game. The first of which is the currency system, shards. Every card you find has a value and a price. This means that you have the option of selling cards to save up enough shards to buy a different card. The last big form of progression is the leveling system. Each time you go through the tower you earn XP and eventually level up. Every five levels, you get the opportunity to upgrade different traits of your character, such as health and strength.

One of the biggest downfalls of the game is the technical aspect of the game. The movement system is seemingly simple, but the keyboard controls make it feel a bit clunky. You can walk in any direction using the WASD keys and attack using the spacebar or the left mouse button. In order to successfully land a strike on an opponent you must be facing the right direction. While this doesn’t sound too bad, the rigid controls can make this unnecessarily frustrating, especially in high-enemy-density areas. In addition to walking, there is a dodge mechanic that quickly moves you in the direction you are facing. Fortunately, dodging works really well and is reliable way to get out of sticky situations. While it is possible to press dodge at the wrong moment and frustratingly roll right into a trap, this is more of a user error than it is a technical one. One of the bigger issues pertains to the occasional clipping of the game's sprites. It is possible to walk too close to enemies and partially clip through them, making it hard to land an attack. A similar glitch also can happen on objects in the room, and you can occasionally get stuck on objects in areas you don’t want to be stuck. Aside from gameplay issues, the menu is a bit of a mess to navigate because you can only use the keyboard. The configuration menu also doesn’t save, so you need to reapply fullscreen every time you open the game.

In it’s current state, Eternal Step has a good amount of technical hiccups. Some are certainly excusable considering the size of the team, but that’s not the case for everything. The challenge of each room is definitely a positive aspect of the game, but there is also a lot of frustration that stems from technical errors. Fortunately, you eventually get used to the rigid controls and become aware of the quirks and really enjoy what this game has to offer. Because of this, I recommend this game if you are looking for a game to play in your spare time, but it might be worthwhile to wait for it mature a bit before picking it up.

Eternal Step can be bought on Green Man Gaming for $9.99 USD. Be sure to use the code SE7ENS-INS20O-FFGAME at checkout to save 20%. With the current GMG sale of $7.99 USD and the Se7enSins voucher, you can get the game for only $6.40 USD!
About author