Elite: Dangerous finally has a release window on PlayStation 4 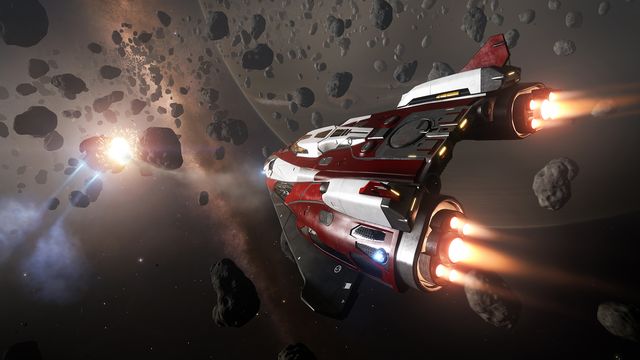 We’ve known that spacefaring game Elite: Dangerous was coming to the PlayStation 4 since the time of the original Kickstarter campaign in 2013. The only thing missing was a release window. Early this morning, Frontier posted fair warning that the game would launch on PS4 in the second quarter of 2017. It will also make “full use” of the PS 4 Pro.

In a statement posted on the official website, Frontier CEO and Elite co-creator David Braben didn’t share a lot of details other than that three-month window. We don’t know, for instance, if Elite: Dangerous will be available in 4k or make use of the PSVR peripheral. We also don’t know if it will share the same in-game universe with the Xbox One, which is itself separate from the Windows PC and Mac universes.

But the often overlooked port is absolutely on the way.

“I’m thrilled to announce today that Elite: Dangerous is coming to PlayStation 4,” Braben said. “Every star in our night sky — the whole Milky Way — is there for you to explore how you choose. Fight, bounty-hunt, trade, assassinate, mine, explore your way across human space and out into the immense galaxy beyond, flying with your friends or travelling alone.”

Elite: Dangerous is a tremendously ambitious project. Originally available only to crowdfunding backers and as a premium-priced alpha, the game entered beta with a fairly small galaxy to explore. Since then it’s expanded to include 400 billion unique star systems, either hand-made based on scientific data or created using their proprietary Stellar Forge — a kind of rock tumbler for stars and other celestial bodies.

Last year Elite: Dangerous added rovers to the game, allowing players to land on and explore massive worlds in intimate detail. The most recent update expands the variety of roles available in-game, and adds more detail to inhabited regions of space.

We’ve spent a lot of time inside Elite, and even taken our friends at The Verge for a joyride once or twice. You can watch our journey to the edge of space in the video below.