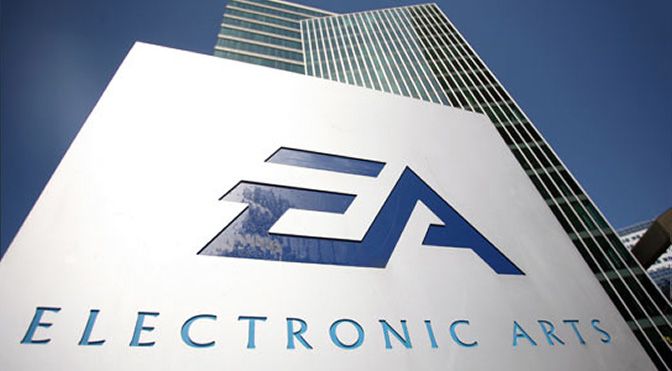 Electronic Arts, more notably known as EA, are without a doubt one of the biggest producers of exemplary games across the world, whether it being your strategic life simulation game 'Sims' or most recently the arrival of the first person shooter 'Battlefield 4'. Lets be honest, we've all bought or at least played a game created by EA, but why is there always constant criticism aimed at the iconic games developer? within this article I shall explain us, the consumers, relationship with the corporation which gives us hours of entertainment yet always finds a way to bring a tear of resentment to our eye.

Lets remember, EA is a corporation, not a fellow gamer...

Us gamer's need to face the facts, EA are a multi-million dollar corporation and their sole interest is how much profit they make from the games they develop and other novelty exercises. Corporations can't help themselves, they are like the scrooges of the modern era, taking our money without accepting our knowledge or passion. It's not rare these days to see EA face public execution from the media due to their urge to create more wealth for their greedy, extensive pay check. A more recent scandal occurring in February of last year highlighted EA's chief finance officer Blake Jorgensen admitting "The next and much bigger piece of the business is microtransactions within games.", the interview was later scrutinized by the general public which thus caused EA to pull out of the moneymaking stunt which would of seen them implement microtransactions (small DLC packages which cost consumers) throughout all of their future games.

Back in 2013, Peter Moore, EA's CEO, was interviewed by IGN and said the following fighting back claims that EA were a greed-stricken company, insisting that EA work incredibly hard to create games for their eager fans....

“There is this underlying belief in a lot of gamer's that games shouldn't be profitable enterprises. I try and sit down with people as much as I can and explain what it takes to make a video game and how much capital investment it takes. We employ over 9,000 people. We invest over a billion dollars a year in R&D, most of which doesn't see revenue until the following year, or in some instances, the year after that. And so you've constantly got to be making money to reinvest money to make great games.”

Maybe I've been a bit too outgoing within the opening statement, we have several years of proof to show that EA do care about their customers, they listen, they work incredibly hard and most of all perform to our illustrious standards. But at what cost? According to Forbes magazine, EA were voted the worst company in the USA for 2013, averaging 78% of the majority vote. this is due to various different reasons including unsatisfied customers, poor customer service and their overall misinterpretation of the gaming community. So, should we really be sympathizing for EA?

One of EA's most dubious decisions is their decision to manifest with the idea that they can take more money from their consumers purse strings by 'forcing' them into buying separate content, including various downloadable content, microtransactions and other exclusive items. The most iconic use of 'microtransactions' come from the FIFA franchise created by their sub brand 'EA Sports'.

I've been a sucker for the microtransactions which have been implemented within the past 8 FIFA games using the game mode 'Ultimate Team' which began way back in FIFA 07 and has since been used as an extra funding towards EA's ginormous income. The way the microtransaction 'forces' itself onto the FIFA player really is shocking. Let me briefly explain, you start off with a team full of amateur players, the only way you are to improve your team is to play games with your 'amateur' team, which may I say is extremely boring, or, buy packs (roughly around £0.40 -£1.20 per pack) which give you the opportunity to gain 'better' players, the only problem is that buying a pack is drawn randomly meaning you are spending your money with the risk that you may not receive any 'good' players within the pack. So it really is the case of EA picking your destiny, you may take our money, but you'll never choose our destiny!

According to the Electronic Arts Reports Q2 FY14 Financial Results, “FIFA digital net revenue generated over $145 million in the first half of fiscal 14, an increase of over 25% compared to the first half of fiscal 13“ So, should we really be spending our hard earned money for it to fall into the hands of a greedy corporation? Heck, why not! It's a guilty pleasure, like a kids craving for sweets, but for us gamer's it's slightly different, we want the thrill which having DLC and microtransactions brings us, it's the thought of having slightly more content than your friends, the excitement of having to play with something 'new' or to just spend your money on something!

Please EA, you can change for the better!

Okay EA, here's your chance to leave the past behind, start afresh. We know from previous games including Sims, Need For Speed, Star Wars: Battlefront and Battlefield that the greedy corporation I have been constantly criticizing throughout this article can actually produce an extremely enjoyable game. I have reinforced hope that the incredibly intelligent people of Electronic Arts are able to find their love for developing games for the thrill and not for the hefty pay slip, I will leave my article with a quote from EA's CEO Peter Moore, hoping his words can inspire a corporation.

“In gaming the highway of innovation is littered with roadkill, developers and publishers that just couldn't figure it out, couldn't find ways to bring money in so they could pay their employees and pay their rent and keep the electricity on and everything else you need to do. That's why we try different things. We don't gouge. We don’t sit around a boardroom and say, ‘okay, how can we can squeeze five dollars out of this guy because he won't realize what we're doing’. It's none of that. None of that. It's a very small minority [haters]. I think the average gamer enjoys what we do and gets what needs to happen for a business to exist and evolve and grow.”

If you have any queries, criticism or whether you disagree with my points, feel free to leave at comment below.