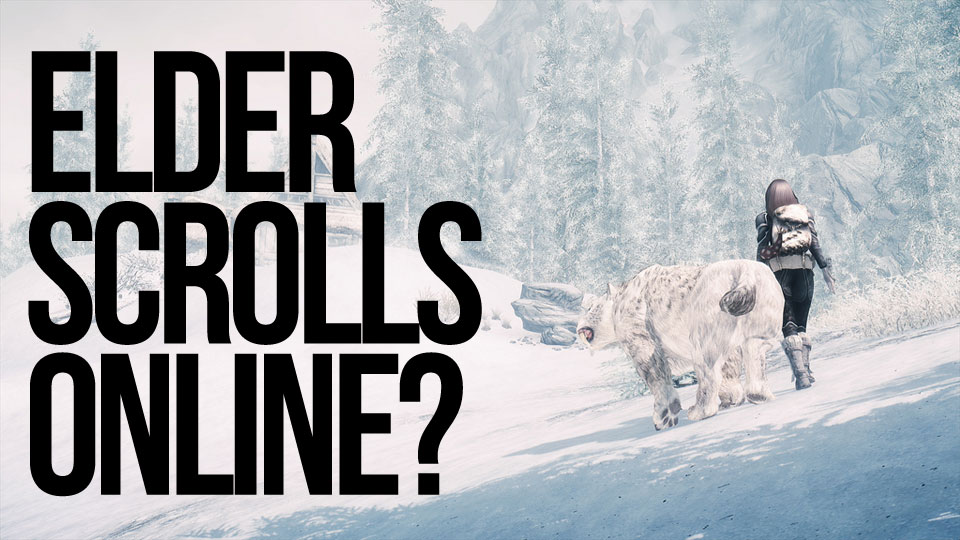 Who would've thought we'd see the day when the Elder Scrolls series turned towards multiplayer; better yet, Massive Multiplayer. Rumours have been floating around in abundance as of late, as well as plenty of release date revelations, and it looks like Elder Scrolls is not only in development but may also be receiving an official announcement in the months to come.​
Allegedly, the Massive Multiplayer Online game will officially be revealed at some point in May, titled "Elder Scrolls Online". What little sources we have, provided even smaller details concerning the game. What we do know, according to the sources, is that there will be three playable factions: represented by a lion, dragon and either a phoenix or an eagle. It's era is also supposedly set 1,000 years before Skyrim, connoting that it is also earlier than both Oblivion and Morrowind.

Be that as it may, this is not the first time that an Elder Scrolls MMO has been rumoured. Before Skyrim was announced there had been talk that the sequel to Oblivion could quite possibly contain a Massive Multiplayer Online system. Furthermore, the idea of an MMO was not completely dismissed by Bethesda. In addition, the corporation are in ownership of several domains which could quite possibly suit the likes of an MMO.

Whilst this has not been confirmed, it appears that the well-renowned single-player RPGs seem to be turning the tables with the implementation of a multiplayer system, Mass Effect for example. As a result of this, Mass Effect 3 has exploded in sales and pre-orders, so perhaps the incorporation of multiplayer is a step forward for Bethesda.

This many not appeal to everyone though. The idea of a multiplayer incorporation may be a major turn-off to several die-hard fans of the franchise. However, using such a successful single-player RPG as the foundation for the development of what could be a fantastic MMO is quite the opportunity for Bethesda. It may bring in new consumers, and spark a relative interest in previous fans. Considering Skyrim was extremely successful - selling over 1o million units and having the title of the best-selling instalment on Steam to-date, the idea of releasing an MMO doesn't seem to daunting for the progression of the series.

Bethesda's strong fan-base may be a comfort blanket to fall on with regards to the MMO. It may be difficult to expand on what is already suitable for an RPG: vast landscapes and beautiful scenery, but will it be easy to expand that further for a large multiplayer scheme? Could this be a make or break in the Elder Scrolls franchise?