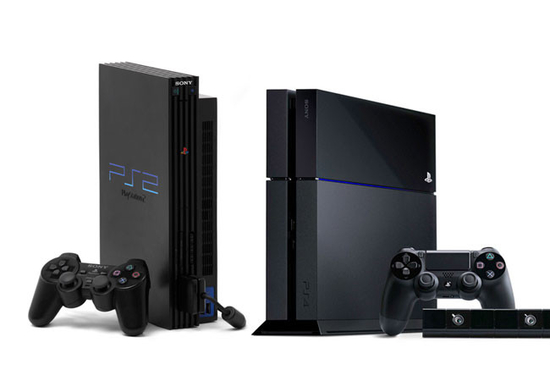 Kicking off the annual PlayStation Experience event early, and in celebration of PlayStation’s 20th anniversary, the President of Sony Computer Entertainment Studios Shuhei Yoshida has made a big announcement for PlayStation owners. The backward compatibility feature is something that was just brought to the Xbox One last month, but there had not been any indication that this feature would be coming to the PlayStation 4 as well. That is, up until Grand Theft Auto: San Andreas stealthily made an appearance on the PlayStation Store just a few days ago on PlayStation 3, sparking rumors that backward compatibility might make its way to PS4 also.

Yoshida has now confirmed these rumors as truth by posting on the PlayStation Blog just last night. In his post he says that eight fan-favorite PlayStation 2 games will be made available for purchase on the PS4 Store today, and that all of them have been up-rendered to suit today’s gaming standards with 1080p quality. Furthermore, all of the games will now have trophies that were created in tandem with each game’s individual developer(s) to bring forth trophies that stay true to the game’s core visions and concept. Also, all of the games can now utilize essential features of the PS4 such as Remote Play, Live Broadcast, and Share Play to name a few.


​
Unfortunately though, the eight games coming to the PS4 that are listed below cannot be played off of their original discs, or be transferred over digitally. The PS4 versions can only be purchased digitally from the PlayStation Store on a PS4 console in the Americas and Europe, which basically makes any PS2 copies of these games obsolete when it comes to playing them in your current gen console. In conclusion, these will not be the first and last games getting the backward compatibility feature from PS2, as Yoshida has said they will be bringing more and more PS2 classics to PS4 on a regular basis.
PlayStation Blog
About author