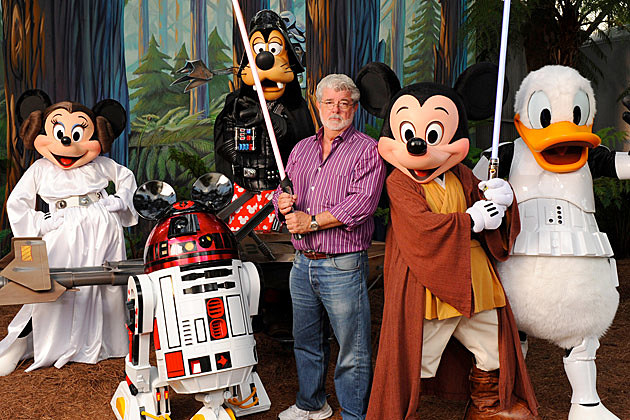 Released today on the Official Star Wars website, a news article about the future of the Star Wars gaming genre. If you haven't already heard; Star Wars and all of its content was sold to Disney, this included LucasArts (company behind all Star Wars games ever created.)

Today, May 6th, Disney wrote an article on the Official Star Wars site with the title
"ELECTRONIC ARTS SELECTED FOR MULTI-YEAR AGREEMENT FOR THE FUTURE OF STAR WARS GAMING"

Now this may of come as a surprise to many but will this contract with EA revive the Star Wars gaming genre as we know it? Needless to say, EA will go to great heights to insure that Star Wars gets its name out even further in the gaming industry. The contract states that EA will be creating Star Wars games with the support and backbone Disney Studios and LucasFilm, the games will span across consoles, PC, tablet and handheld.

"Our number one objective was to find a developer who could consistently deliver our fans great Star Wars games for years to come," said Kathleen Kennedy, president of Lucasfilm. "When we looked at the talent of the teams that EA was committing to our games and the quality of their vision for Star Wars, the choice was clear."

"Every developer dreams of creating games for the Star Wars universe," said EA Labels President Frank Gibeau. "Three of our top studios will fulfill that dream, crafting epic adventures for Star Wars fans. The new experiences we create may borrow from films, but the games will be entirely original with all new stories and game play."

So after my hearing of this, I jumped to a conclusion and said "why EA, they we're voted worst company of the year for years in a row and have online passes for all their games" Then I read the article and said "Hmm.. The studios behind Battlefield, Dead Space and Mass Effect, all working on Star Wars games? Not bad"

What are your thoughts on this? I hope EA can redeem themselves and give back some peoples childhoods because a lot of people grew up to Star Wars and to many people, Star Wars was the greatest part of their childhood, I'd hate for EA and Disney to ruin that with some silly "always online" "Online Pass" garbage.

Here is a video of game play of Star Wars Battlefront 3, take note that this game was being created but then Star Wars was sold to Disney and LucasArts had to stop development and pack up.