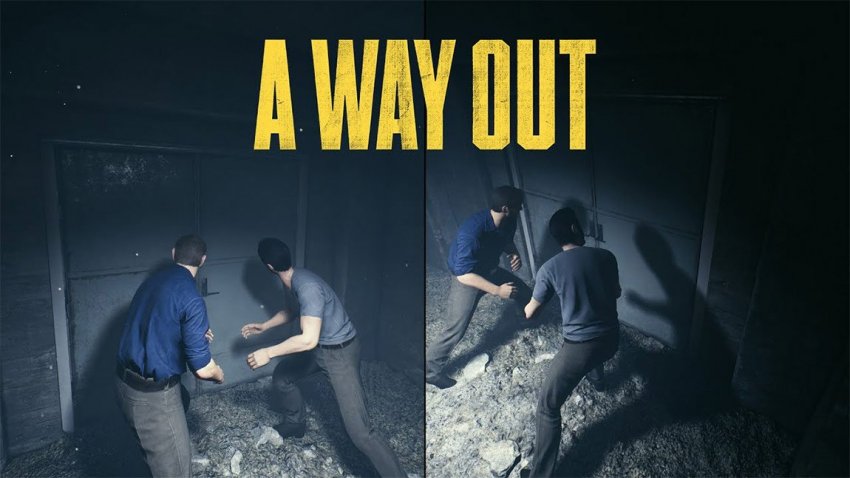 During EA's E3 2017 press conference, we saw the debut of a new game from Hazelight, which features the creators of Brothers: A Tale of Two Sons. Teased back at The Game Awards in 2014, A Way Out is a co-op-only action/adventure game focusing on the exploits of two escaped cons who have to work in tandem to evade the police and other criminals. The trailer of this game is shown below.

As the first title from Hazelight, which opened back in 2014, the developers of A Way Out have kept the focus on parallel gameplay mechanics from Brothers, yet have upped the ante for this one--including a grittier and darker story to follow. Set in what looks like the '70s, A Way Out focuses on the story of two convicts who are on the run, and going from prison escape, to getaway chase, to seemingly another caper, the story will follow these two characters as they come to grips with their past, all while trying to stay one step ahead of the law.

Unlike Brothers, however, A Way Out is only playable in co-op with another player. Either through local or online co-op, players will always have another person to experience the game with. During one section, one player with have to drive a getaway vehicle, while another stays in the back to shoot at oncoming vehicles. It looks to be a pretty clever take on the style of gameplay that was present in Brothers, controlling two unique characters with different perspectives, but expanded considerably.

Here are some other things we learned about A Way Out during the livestream:
Coming early 2018:
Slated to arrive in early 2018 for Xbox One, PS4, and PC, A Way Out looks to be an exciting and original debut from Hazelight.