EA Regaining the Hearts of Gamers 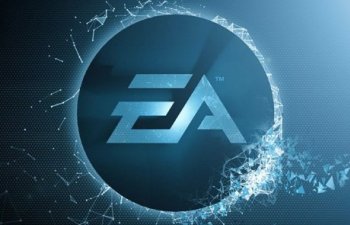 ​
EA is one of the most infamous companies within the gaming industry. There was once a time when seeing the EA splash screen at the start of a game was the sign of a great experience. Since then, they have fallen a long way. They have been voted worst company in America multiple times and almost every gamer has been let down by them in one way or another. However, they have recently been making some moves that might be able to once again win the hearts of many gamers.

The community that EA seems to anger the most is the PC gaming community. For a long period of time the Origin client was despised and there were numerous horrible PC game launches. Fortunately, it looks like things are finally start to turn around for PC gamers. In 2013, EA launched a new refund policy that was well received by gamers and it was unparalleled by other digital distributors. While this change in policy was likely pressured by the disastrous launch of Sim City, it was certainly a sign of good faith.

Since then, EA has made various efforts to improve the Origin experience. They now offer free games every month and have a cheap monthly subscription that offers a decent catalogue of games. In addition to the new promotions and services, the software itself also runs very well and it is fairly easy to use. Most importantly, EA is able to offer outstanding customer service, which is something their main competitor, Valve, is absolutely horrible at.

The most important part of any gaming publisher is the games that they publish. EA has been doing fairly well in this regard, especially for PC. Despite the actual game being somewhat lackluster, Star Wars: Battlefront is one of the best looking games and it runs great on most PC configurations. It is also clear that EA is taking time on their PC ports, as they just announced Need For Speed for PC and the trailer boasts a lot of great features for PC gamers. They also recently published Unravel, which is a beautiful game coming from a small studio. The launch of Unravel was rather refreshing since it is a game that is completely focus on a great gaming experience, rather than money.

EA still has a lot of steps to take to become the beloved publisher they once were. For one thing, it would be nice to see EA stop killing so many game servers, or at least give player bases an alternative option to the old servers. It also would be great to see less game studios being shutdown by EA, like what we saw with Maxis. Regardless, they certainly seem to be making steps in the right direction, and hopefully they will continue down this path to once again become a great company.
About author