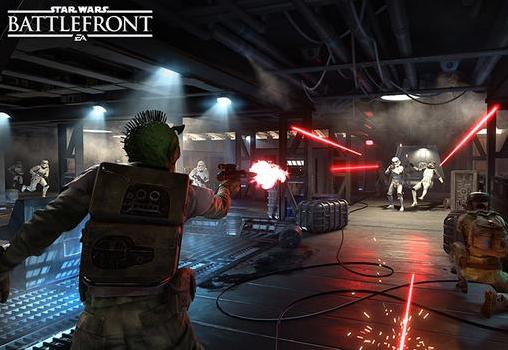 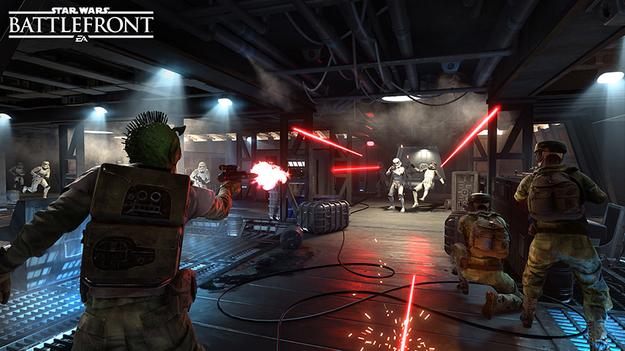 EA teased a game mode reveal for the upcoming Star Wars Battlefront on Twitter yesterday, and now it's here:

"Star Wars Battlefront’s Team Deathmatch mode, Blast, pits the Rebel and Imperial factions against each other with intense 10 versus 10 battles. If your team reaches 100 kills, or are ahead when the 10-minute round is over, you’ve won. Immediate, addictive, and exciting until the very last kill; that is our ambition with Blast."

Team deathmatch is a classic game mode, usually always added as a part of the multiplayer experience in most fps games. Lead Level Designer Dennis Brännvall explains their take on the core game mode:

"One battle you’ll be fighting within interior levels on Endor or Sullust. In the next battle, you might find yourselves among Tatooine’s dusty canyons, or inside the undeniably cool Ice Caves on Hoth. My favorite is the verticality of Tatooine, fighting by the Sandcrawler."

He also specifies that the maps are smaller than those used in other modes, to keep the close quarter fights heated. However, they are not smaller versions of other maps, but specifically designed for Blast. The lack of vehicles and Heroes & Villains will make weapon pickups a crucial part of the strategy needed to win these matches, and they are placed to make the game tactical.

Described as "the core of the game’s multiplayer mode", this might be disappointing news for some Star Wars Battlefront fans, as the lack of space battles seem to really grind their gears.

Feel free to share your thoughts in the comments below.