E3 Opens To The Public For The First Time Ever 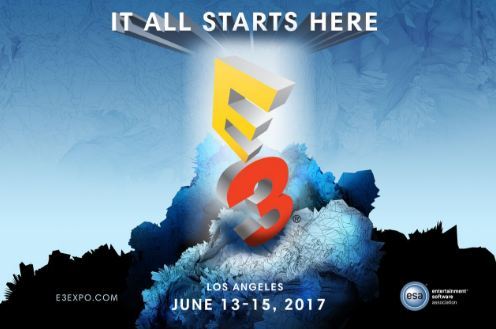 For the first time ever, E3 is opening its doors to the public. The Entertainment Software Association, which organizes the event every year, announced today that an allotment of 15,000 tickets will be made available for anyone to buy this coming Monday, February 13.

Priced at $250 (or $150 as part of an early bird discount available on February 13), tickets provide access to the show floor, panel discussions, and other events from Tuesday through Thursday of E3 week. The ESA will partner with games media veteran Geoff Keighley to provide attendees with access to special benefits associated with Keighley's own E3 programming, such as developer interviews and more. Full details on this and other elements of E3's new public plans will be announced in the coming weeks.

For years now, there have been calls to open E3 to the public. The ESA conducted an experiment of sorts for this in 2016 with its E3 Live event, which was free and open to the public. It was located outside of the Los Angeles Convention Center, the site of E3, and attendees could go hands-on with upcoming games and take part in other events. There was "incredible attendee enthusiasm" for this event, the ESA's senior VP of communications, Rich Taylor, tells GameSpot. So the next step was to invite fans to actually walk the halls of E3 and get closer to the action.

"It's a changing industry, and E3 has always evolved to meet industry needs and anticipate where we’re heading together--as an event, as an industry, and as fans. The decision to open our doors to 15,000 fans was a strategic decision. It is thanks to our members and their vision and leadership that made this possible. We have a model that allows the business of the industry to continue for our business and media attendees and provides an opportunity for video games' biggest fans to experience the latest in innovative, immersive entertainment."

Every year, it seems, the question comes up, "Is E3 still relevant?" A number of companies pulled out of E3 2016, including Activision and EA. Certainly, the industry is changing, and gaming shows like E3, Gamescom, and PAX--which has always been open to the public--remain popular. Taylor says E3 faces "the relevancy question" every year because it's the year's juggernaut when it comes to gaming shows.

"I think there are those who always enjoy questioning those at the top of the leader board," he says. "E3 has a reputation around the world as the place where video game hardware and software launches happen. Last year, E3 generated more than 65 billion media impressions around the globe. That doesn't happen accidentally, and it's a testament to E3's strength, its connection to the fans, and the event's position in the industry."

Taylor says the ESA is always listening to feedback and welcomes the ongoing discussion.

"I think asking, 'How can we improve?' 'Where are video games headed?' 'How do we connect with fans?' are all healthy questions, and that helps ensure E3 stays current and meets exhibitors' needs," he said.

In addition to the standard passes, business passes will be available. These provide access to a business lounge and preferred entry to the convention center, among other things. The ESA anticipates that this will be appealing to lawyers, analysts, executives, and advertisers.


"I think asking, 'How can we improve?' 'Where are video games headed?' 'How do we connect with fans?' are all healthy questions, and that helps ensure E3 stays current and meets exhibitors' needs" -- Taylor
​
E3 is a constantly evolving show. It isn't known yet if E3 2018 will be open to the public, but Taylor says you should think about this year's event as a "commitment of where [the ESA is] heading and [its] desire to respond to exhibitors and consumers."

E3 2017 takes place June 13-15. More than 200 exhibitors are lined up to attend the event--"leading companies from around the world," Taylor says. Bear in mind that the list of exhibitors on E3's website is not final, as discussions with publishers remain ongoing.

E3 is staying in Los Angeles, at the Los Angeles Convention Center, through 2021.

Disclosure: GameSpot and the ESA are media partners for E3.