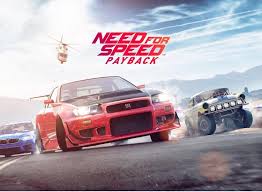 Speaking to GameSpot at E3 2017 today, Need for Speed: Payback executive producer Marcus Nilsson confirmed that the newly announced racing game will support Microsoft's Project Scorpio and Sony's PlayStation 4 Pro. He also commented on the possibility of a Nintendo Switch edition.​
Asked if Payback developer Ghost Games would support Scorpio and PS4 Pro, Nilsson said, "Yes, we are." He added: "Both of those platforms will be supported."

Microsoft's Scorpio console is expected to be formally announced tomorrow, June 11, during the company's E3 briefing. It is more powerful than Sony's PS4 Pro, which launched last year. We'll have many more details on Scorpio tomorrow, so keep checking back for the latest.

As for a possible Switch version of Payback, don't get your hopes up. Although Nilsson is personally a big fan of the hybrid console, it sounds like Payback won't be headed to it.

​
"I love the Switch; I absolutely adore it," he said, adding that he plays The Legend of Zelda: Breath of the Wild on flights.

While some version of Payback might be possible on Switch, which is underpowered compared to its other console platforms, Xbox One and PS4, Payback for Switch isn't in the works now.

"Would that be a platform that Need for Speed: Payback could run on? I don't see why [not], but it's not something we're looking to at this very moment," he explained.

Payback publisher EA is supporting Switch with at least one game, as a version of FIFA 18 that's missing some features is headed to the console later this year.

Payback launches on November 10 for PS4, Xbox One, and PC.