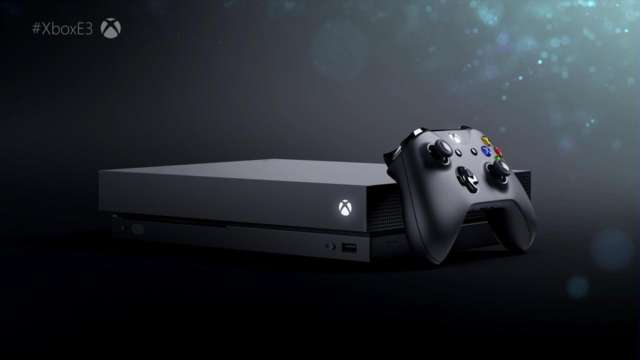 Microsoft opened its E3 2017 press conference by unveiling Xbox One X, the 4K gaming console formerly known as Project Scoprio. It was a slick-looking machine packing a whole lot of hardware horsepower impressive, no doubt, but Microsoft's biggest win was the sheer number of games it showed off during its event.

In total, Microsoft showed off over 40 games, combining titles coming from its own studios, third-parties, and indie studios. While big titles such as Anthem, BioWare's new IP, were certainly the crowd pleasers, where were a fair few other games that stirred excitement.

We've put together a gallery of all the games that appeared at Microsoft's Xbox conference for you to get a quick overview of all the upcoming titles. You can catch up on all the news from the Xbox E3 2017 press conference here too.

Anthem is a new sci-fi action game created by Bioware, the studio behind Mass Effect and Dragon Age. The game puts you in the role of a "Freelancer," an adventurer tasked with exploring unknown planets and protecting humanity using powerful custom exo-suits.

Assassin’s Creed: Origins is a prequel of the long running action-adventure series. It's set in Eqypt and puts you in control of Bayek, the last Medjay, an Egyptian sheriff tasked with protecting the people from threats local and foreign.

Code Vein is an action-RPG dungeon crawler similar to Dark Souls. It's set in a future post-apocalyptic dystopia where you play as a vampire with supernatural abilities.

Crackdown 3 is an open-world action-adventure game that has you stopping crime in a futuristic city where everything is destructible. It's main protagonist voiced by popular actor, Terry Crews.

Dragon Ball FighterZ is a new fighting game based on the popular anime franchise that's developed by Arc System Works, the studio behind Guilty Gear and Blazblue.

Forza Motorsport 7 is the latest entry in the long running car simulation series. This time around there are more than 700 cars in the game, as well as new tracks and weather systems.

Microsoft showcased a multitude of [email protected] games during its big press conference. Below you can find the names of all of them:


Life is Strange: Before the Storm

Life is Strange: Before the Storm is a three episode prequel series set before the events of the first game. It stars Chloe with an appearance from Rachel Amber before she went missing.

Metro Exodus is the third entry in 4A Game's post-apocalyptic first-person shooter series. Unlike its predecessors, which were more linear, the game will feature a fully open world.

Middle-Earth: Shadow of War once again stars ranger Talion and his wraith companion Celebrimbor as they work to fight against Sauron and his dark army. The game sports a larger and more open world, as well as new loot and gear to uncover.

Ori And the Will of the Wisps

Ori and the Will of the Wisps is the sequel to the critically acclaimed Xbox One console exclusive Ori and the Blind Forest.

Sea of Thieves, the first original, non-Kinect game out of beloved developer Rare in years, allows you to live out the life of a pirate with your friends. You'll be able to work together to navigate the sea by ship while hunting down treasure and fending off enemy players who are seeking the same thing.

State of Decay 2 is a multiplayer zombie survival game featuring an open-world environment and co-op gameplay with up to three other players.

Super Lucky's Tale is an expanded version of the VR-focused original built to display on televisions. The game first appeared as a launch title on Oculus Rift in March 2016.

Tacoma is the latest game by Gone Home developer, Fullbright. It tasks you to recover data on the crew of an abandoned spaceship, but in the process of doing so, you discover the drama of the crew's last days on board.