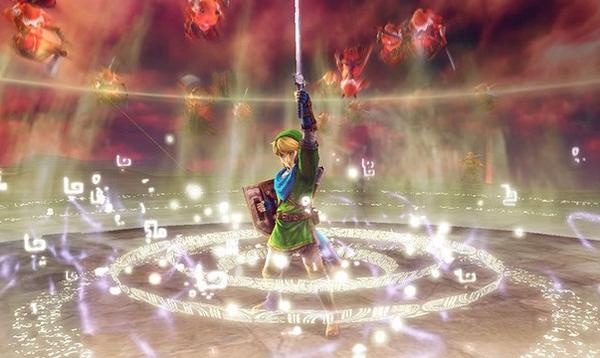 There are things to remember when looking up information on Hyrule Warriors, also known as Zelda Musou, and it's obvious if you know who is making the game. It is being developed by Team NINJA, Omega Force, and Nintendo plus Tecmo Koei. Under the okay of Nintendo's Shigeru Miyamoto as well as Legend of Zelda series producer Eiji Aonuma, it will not be a main installment to Zelda, but is a spin off. The game is a Dynasty Warriors styled hack and slash with original character techniques scheduled to come out August 14th with the international release later this year; though no date is set.

Hyrule Warriors will have an original story that has young Link go to save queen Zelda from Cia the Black Witch*. Cia had protected the Triforce, but was corrupted by a great evil, becoming the antagonist that kidnaps the queen. Hyrule Army battles the forces of evil to maintain law and peace while soldier trainee Link begins his conquest in this full HD Wii U title. There aren't a lot of details out now, but it will feature some interesting things such as a two player co-op that has one person playing on the GamePad in addition to one on the TV & a RPG styled leveling system for characters and their weapons. There will be original Legend of Zelda characters and new ones that will be part of the battle with original techniques for each and weapons that effect the style that is used. There will be a surprising character or so in this game, and Nintendo plans to have a demo for E3 this year where you can play. There is also said to be DLC planned because the official site has reference to the game having it and more playable characters than just Link.

Team NINJA is known for their work on Dead or Alive and Ninja Gaiden II, both quality fighting and hack-and-slash games. They are one of the more renowned developers working on this. Omega Force, which creates Dynasty Warriors games, is thought to be a moderate in quality publishings in the west; though, acclaimed to be amazing to a minority except in Japan. Their games have been compared to Ridge Racer, which is usually reviewed as so bad, even laughable. Omega Force has a lot to do if this is going to be a great story that is worth the title it has. I'm probably not the only one that twitched when I saw that Zelda Musou is going to be a twist of said styled game and developed by that latter organization, but the collaborations with Team NINJA and others give me hope. Ninja Gaiden II is one of my favorite titles of all time, and that aforementioned company really is amazing, but will they pull off the plot with Temco Koei, Omega Force, and Nintendo?

Here's Nintendo's video on Hyrule Warriors, it's old but recent news has gotten more details because it is supposed to come out soon: 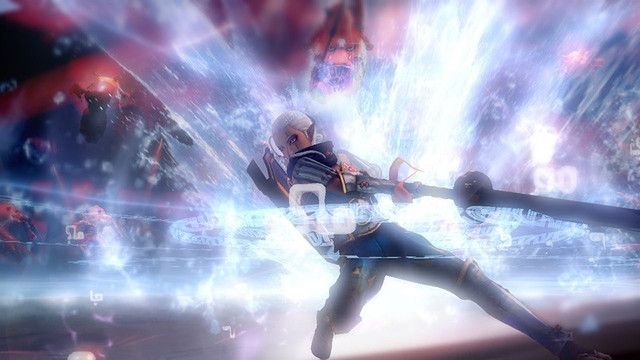 *Note: I found many uses of Cia being Shia, the wikipedia says Cia and crunchyroll in addition to other sites say Shia. Here's another site saying Shia, it's a good read too if you want.
http://kotaku.com/new-zelda-doesnt-have-dungeons-its-got-armies-1579979796