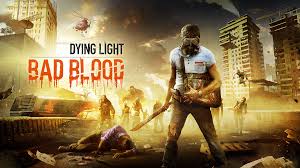 Dying Light developer Techland has announced a release window for the series' new battle royale-style mode, Bad Blood. The mode will launch as a standalone game on PC via Steam Early Access this September, with its Global Playtest beta kicking off later this week.

Players will be able to jump into the Early Access version of Bad Blood by purchasing the $19.90 Founder's Pack, which includes access to the game along with 1,000 Blood Bucks (Bad Blood's in-game currency) and a handful of exclusive items. Among them is a Legendary mask and the Founder's Pass, which will grant players three Legendary skins over the course of three months.

Billed as a "brutal royale game," Dying Light: Bad Blood mixes PvP and PvE elements with Dying Light's signature style of gameplay. 12 players enter a zombie-infested map and must scrounge for resources, weapons, and blood samples from the infected. The latter is particularly vital, as players will have to collect enough samples to secure a seat on the evac chopper. However, only one player will be able to board the chopper, making the mode an intense race for survival.

​
Following Bad Blood's Early Access release, Techland says it will continue to support the game with a stream of additional free content in the form of new maps, modes, and items. The developer also says the game will transition to a free-to-play model once it leaves Early Access and officially launches for PC and consoles.

In the meantime, some players will have a chance to try Bad Blood ahead of its Early Access release via the upcoming closed Global Playtest. The first phase of the beta kicks off at 9 AM PT / 12 PM ET on August 25 and runs until 9 PM PT on August 26 (12 AM ET on August 27). This session will only be open to select players who registered for access on the game's website. The second phase will follow on September 1 and be open to all players who signed up. Steam keys for the initial phase of the Global Playtest will be sent out beginning August 22.