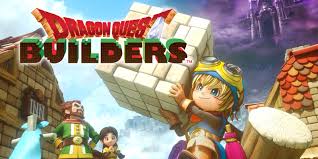 Square Enix has shared some new information about Dragon Quest Builders 2, the sequel to its Minecraft-like Dragon Quest spin-off. On the game's newly launched Japanese website (via Siliconera), the publisher revealed new details and shared the first screenshots for the upcoming PS4 and Switch RPG.

Like the first title, Dragon Quest Builders 2 is a building-centric sandbox RPG. Players assume the role of a Builder and must craft a variety of buildings and objects out of the materials they gather from the environment. This time, players can select either a male or female protagonist and assume the role of the ancestor of the legendary Builder who restored the world.

​
Where the original Dragon Quest Builders tasked players with rebuilding Alefgard (the setting of the very first Dragon Quest), the upcoming game begins when players wash ashore on a deserted island, which is completely devoid of any inhabitants. Square Enix also revealed that Malroth, the final boss from Dragon Quest II, will play a prominent role in the story and is even mentioned in the game's Japanese subtitle.

Dragon Quest Builders 2 was first announced last summer, during the Dragon Quest Summer Festival 2017 event. It is in development for Nintendo Switch and PS4 and boasts a number of improvements over the original game. Most notably, the player will be able to swim and collect resources underwater in this adventure, and the game supports multiplayer for up to four players.

The first Dragon Quest Builders originally launched for PS4 and Vita in 2016. The game was also released for Switchback in February. We called it a "strong match for the Nintendo platform" in our Dragon Quest Builders review and said the new Switch-exclusive features "adds another layer of endearment to a game already brimming with charm."